Global Yellow Pages (GYP), after struggling to overcome the deterioration of its legacy business, looks poised to recover on the wings of a new core business – real estate ownership and development in New Zealand.

For decades, GYP was synonymous with its Yellow Pages directory business.

Since then, it has been trading mainly in the 16-18 cent band with dwindling investor interest and trading volume.

In trying to create a new chapter, GYP ventured into F&B in 2014 – by buying the Wendy’s franchise in Australia and New Zealand, which it still owns.

(GYP's search for a new breath of life has had ups and downs, as the story links below will tell in greater detail, including: GLOBAL YELLOW PAGES: Still awaiting fruits from growth plans )

GYP then decided that real estate would became its core business, and that is shaping up meaningfully. Earnings have yet to flow through convincingly but it is probably only a matter of time.

The numbers, taken from the FY2017 annual report, are rather outdated  as it's 12 months old.

It’s early days and the success and profitability of ventures No.2-4 are not evident yet.

GYP is a new player in property development and it’s not clear whose expertise, if any, in New Zealand it relies on. 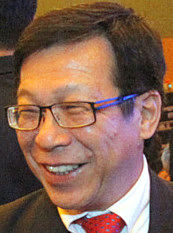 Mr Mah is a familiar hand at GYP alongside its CEO, Stanley Tan.

Mr Mah was appointed a director of GYP in September 2011, just four months after he retired from the Cabinet.

By then, CEO Stanley had been with the GYP board for about four years (since 2007), bringing with him his experience as a magazine publisher as well as 30 years of experience in property development and investment.

Then there is Sam Goi, who is not on the GYP board, but is a GYP substantial shareholder and a property expert in his own right.

Insiders raising their stakes in GYP

As GYP progressed in its real estate business, “connected people” have become the first wave of believers/investors as the table shows (and that’s before the rights issue of June 2018).


Notably, Mr Mah made his first financial investment in GYP very recently -- in June 2018 through a share placement approved by shareholders at the May EGM. The placement was completed after the rights issue, so he was not entitled to take part in the rights issue.

The net proceeds (S$4.79 million) are entirely earmarked to help fund the acquisition of venture No. 3, ie the Papakura land acquisition. 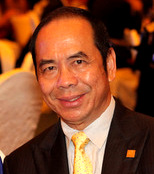 We have 485 guests and no members online