Announcements made yesterday evening by three companies listed on the Singapore Exchange stood out for being unusual in nature:

Anwell chairman Franky Fan with shareholders after the company's AGM in April this year.
Photo by Leong Chan Teik

What’s unusual is that the investor has agreed to a moratorium on the sale of the shares for five years.

The reason for the moratorium was not stated but an educated guess is that the investor is locked in so his or its (if it is a organization) interests are aligned with that of Anwell.

Related to that, the investor is also likely to be one which can play the role of a ‘strategic investor’ – as opposed to a passive investor who doesn’t bring business value to Anwell. 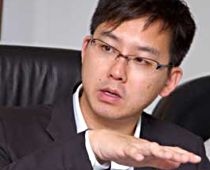 The seller, Tech Power Resources, is owned by several shareholders - such as Anwell’s chairman, Franky Fan, who is the majority shareholder, and several co-founders, including Ken Wu, who is Anwell’s CFO as well as one of its executive directors.

The price of the sale and purchase of the shares was not stated in the announcement. Assuming it was at market price of around 57 cents a share, the purchase was worth about S$8.5 million.

In the light of the 5-year moratorium, the buyer is most likely expecting the shares to be worth much more than the purchase price. Otherwise, why agree to be locked in for such an unusually long duration?

And the buyer certainly must be looking to Anwell’s solar panel manufacturing business taking off this year and beyond.

Recent story: ANWELL: Confident of its solar business - and Blu-ray 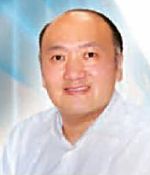 #2. Z-Obee Holdings said it is seeking a listing of its shares as Taiwan Depository Receipts (TDRs) on the Taiwan bourse.

What’s unusual is that Z-Obee has just successfully achieved a dual listing on the Hong Kong bourse – and it is now pursuing a listing on another bourse.

Z-0bee said the TDR listing would increase the liquidity of the Company's shares and broaden and diversify the shareholder base of the Company.

Z-0bee is engages in the development, assembly, marketing, and sale of mobile appliances solution and mobile handset hardware in the People’s Republic of China and Hong Kong. 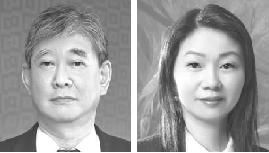 #3. Hotung Investment Holdings said its chairman and joint MD, Isamu Sakakibara, is retiring at the end of this month.

What’s unusual is that a lady will succeed him – a rarity for a Singapore-listed company.

She  is Ms Tsui-Hui Huang, currently Deputy Chairman and Joint MD, who will become Chairman and sole MD of the Company and Chairman of the various subsidiaries with effect from the July 1, 2010.

Rare as it is for a lady to become executive chairman of a SGX-listed company, even more unusual is the fact she will lead a company that is a venture capital firm providing funding for high-tech companies.

We have 1159 guests and no members online