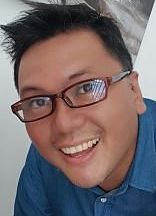 Kingsley Lucas Lim (photo) contributed this article to NextInsight. He had originally published it on his site, The Holy Financier.

You would be tempted to think that Hanwell Holdings should trade at a higher market capitalisation than Tat Seng Packaging considering the reported sales revenue.

And it gets more interesting.

Tat Seng Packaging has grown by leaps and bounds, not organically but through acquisitions.

While the growth by acquisition strategy usually results in huge write downs and impairments during dire business conditions, Tat Seng Packaging or rather the management of Tat Seng, headed by Dr Allan Yap had done fairly well not to overpay for acquisitions in my opinion.

In 2005, Hanwell Holdings, headed by Allan Yap, acquired Tat Seng Packaging and management marked a milestone in its history by proclaiming “The business is now in an excellent position to face the increasingly challenging business environment and benefit from our efforts to further strengthen our value chain. We can now seek out more profitable businesses which can synergise with our existing infrastructure”.


On some back of the envelope calculation, if we value the dividend stream as a perpetuity paying 5% per annum, the average of a $2 million dividend stream would be worth some $40 million. 64% of that is equal $25.6 million, bearing in mind that Hanwell Holdings, then PSC Corporation, paid an effective price of $13.8 million for that dividend stream.


Reading the annual reports, I get a sense of what Dr Allan Yap was trying to do. He knew that the corrugated board and packaging industry was fragmented. With Singapore’s growth stifled somewhat around economic and other constraints, it made sense to look overseas for growth opportunities. And one of the best countries to operate such low margin businesses was in China.

The country had slower growth over the last decade but it was by far one of the fastest growing countries in the world. Dr Allan Yap was calculative. He made sure to extract that growth from economic zones in China that was abuzz with industry and commerce.


The entire packaging industry was somewhat fragmented and had too many players. But a consolidation at the right prices seemed a decent strategy especially if you pursue growth at the right prices. As far as I can tell, Tat Seng Packaging paid for assets that was mostly profitable and did not pay too high a price for these assets. For more on its acquisitions, you can find some of them below.

However all was not smooth as with all low margin businesses. Competition heated up in China and together with higher raw material prices, operating margins dipped to 4.34% from 6.04% in FY 2010. Gross margin was 15.36% in FY 2011 as compared to 17.45% the year earlier.

The rationale then was to ramp up production facilities via acquisitions and then ramp up sales through its sales force, which eventually materialised over the years.

In the results of Tat Seng Packaging over the last several years, it seems that the acquisition of Tat Seng Packaging by Hanwell Holdings has panned out quite well. Tat Seng enjoys a double digit return on equity and FY 2017’s results were phenomenal for a packaging company, proving that low return businesses can have good outcomes at the right prices.

Hanwell Holdings is a company with a different agenda as compared to Tat Seng Packaging. It was set up as a holding company. Formerly called Provisions Suppliers Corporation Ltd, the company was founded as a provisions supplier and built its business by acquiring distribution rights to fast moving consumer goods.

Over time, the company had become a major player in the distribution scene and it even set up Econ Minimart, a franchise retail chain of provisions and other supplies. In 2000, the Hanwell Holdings held interests in diverse business segments such as healthcare, hotel and leisure. It even owned a golf course and country club in Malaysia.


With its diverse business interests, it was clear at the outset that Hanwell Holdings was set up to hold several entities, a holding company. Then in 2002, Hanny Holdings, headed by Allan Yap became the group’s major shareholder.

Essentially, Allan Yap purchased control of Hanwell Holdings and eventually used Hanwell as a vehicle to purchase stakes in other businesses. Eventually, as we know it, Hanwell Holdings purchased a majority stake in Tat Seng Packaging Group. This is typical of a holding company structure.

The question is why has the market not recognised the group’s growth in revenues?

Comparison Of Growth Of Tangible Book Values Per Share

While holding companies make very good control vehicles, they are extremely inefficient corporate structures from the standpoint of a minority shareholder.

The holding company thus serves its purpose as a controller of its subsidiaries but in so doing, puts too many layers between the operating assets and the shareholders.

Think of it this way. If a subsidiary of a holding company is laden with debt, there is a high chance of the subsidiary going under and falling into bankruptcy.

However, that is also a disadvantage because these corporate layers insulate the holding company shareholders from the subsidiary’s cash flows at the operating level.

That is a huge discrepancy in my opinion, considering that Hanwell received approximately $14 million of those dividends paid by Tat Seng.

Heck!  Apparently, those dividends did not adequately flow from Tat Seng to Hanwell’s shareholders.

Considering that vantage point, it makes sense to invest in the operating subsidiary instead of the holding company in many instances.

We have 977 guests and no members online