AS THE CFO of a billion-dollar company, Tan Wee Cheng crunches corporate numbers with ease and probably can recite financial targets in his sleep.

Through the years, two figures of a different sort have hovered in the back of his mind: the number of countries/territories in the world and the number he has visited. 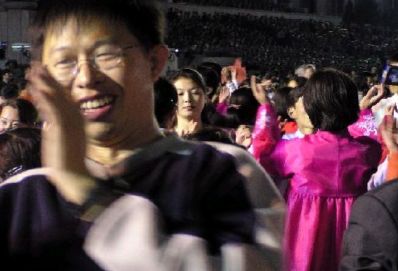 At Kim Il Sung Square, Pyongyang (2004): Tourists like Wee Cheng were persuaded to celebrate the birthday of Kim II Sung, an eerie experience as the man has been dead for a decade and is still the 'eternal president' of the country.Wee Cheng is one of the most avid travelers you’ll ever know.

Next Sunday, Oct 21, is his last day with Jiutian Chemical Group, a SGX-listed company of about $1 billion in stock market value, which he has worked for since June 2005.

The 37-year-old bachelor is packing up his bags for the Indian sub-continent, Caribbean and Africa, and will be away for about nine months.

Don’t imagine him indulging himself in wine in some fancy restaurant, or lazing by the beach of some paradise island, or checking into five-star hotels. He does not travel for the same pleasures that most people do.

Instead he is largely a back-packer who seeks to understand the history, politics, and socio-economics of places. He writes about his observations and snaps lots of pictures. And he seeks the less-beaten path. 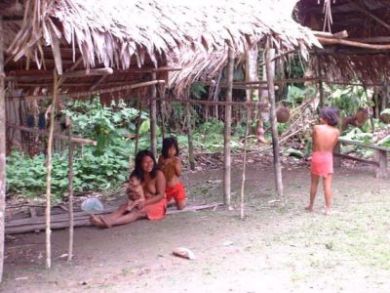 An Amerindian village in Peru along the Amazon River.Wee Cheng traces his fascination with travel to his hobby of collecting stamps which began when he was in primary school.

Poring over his collection for hours on end, he wondered about the history and the culture of faraway lands.

In later years, the fascination widened to encompass the economics and social development of such places.

Beginning from his Raffles Junior College years, he started to focus on stamps of countries undergoing significant events, such as civil wars, a transition to independence, or a change of regime.

He would place mail orders for stamps of the former Soviet republics, Croatia and Bosnia, for example. Wee Cheng is unable to be specific about how vast his collection became, and can only venture that his stamps ran into a few hundred, or a few thousand.

"The number is meaningless to a specialist collector. Instead, he would focus on the quality of his collection. I have an almost complete collection of stamps from places and periods I was keen on.” 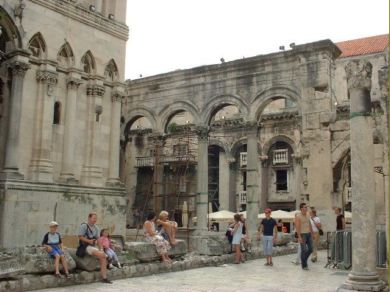 Wee Cheng travelled to Croatia, a war-torn country in the early 1990s, whose stamps he has collected avidly. After he graduated with first-class honours in accounting from Nanyang Technological University in 1993, he set out on his first major trip.

For two months, he and three friends backpacked through Western Europe before he started working at Price Waterhouse.

That trip covered touristy places and it was only two years later that he embarked on a trip off the beaten track: Eastern Europe was also his first solo trip.

One such incident happened at the Bulgaria-Turkey border. “It was midnight when my bus reached the border. While the Bulgarian and Turkish travelers were allowed to go through immigration, I was pulled aside and left standing in the freezing cold. After a long time, the Bulgarian officials said my passport stamps were fake and I would not be allowed out of the country." 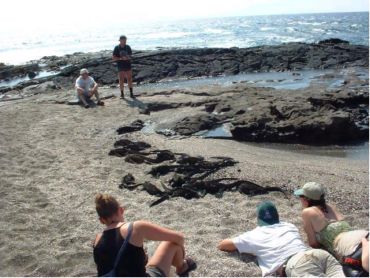 Located off Ecuador, the Galapagos Islands are famous for their unique species of creatures.It was a ploy to extract a bribe from him. His bus driver told him to wise up and cough up US$100.

“It was way too much for me. After a word with the officials, the driver came back and suggested US$50. I had no choice as it was the smallest note I had. Later, I learned from some Chinese traders that they paid only US$20.”

He has since experienced many such incidents, especially in countries which are non-touristy developing countries, and no longer gets flustered.

“You just have to be very firm about the fact that your documents are in order. But if you have to pay a bribe, you have to. And you should bargain.”

He has encountered pick-pockets with innovative tactics. In Jerusalem, a teenager holding a map ran into Wee Cheng.

As he regained his balance and wits, Wee Cheng heard a passer-by ask him: “Hey, is this your wallet?” 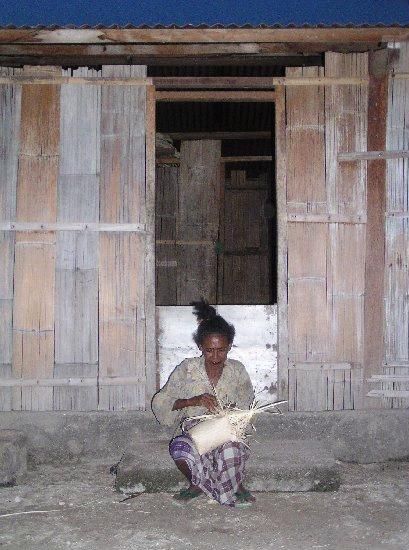 Timor Leste: Torn by civil strife and one of the poorest countries in the world.
Things have never gotten worse than such petty crimes, and Wee Cheng is grateful that his life has never been at risk.

But why travel solo, as he has mostly done ever since?

“It’s difficult to find companions who are free to travel at the same time, or who are interested in the same places.”

His travels have rewarded him with countless insights into life elsewhere – and renewed his appreciation for his lot in life.

Citing an anecdote, he recalls: “I was riding a rickshaw in Peru and learnt that the driver was born on the same day and year as me. But there he was, earning perhaps US$20-30 a month.”

To gather insights wherever he goes, Wee Cheng would arrange with his former colleagues or classmates to meet them.

He has a wide network of contacts as a result of having studied for his postgraduate degree in London (1997) and working there subsequently.

He traveled around the world for a year after his investment banking stint in London and before returning to Singapore. 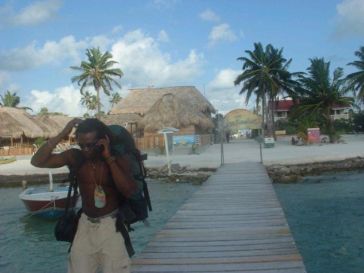 A carefree coral island in Belize, Central America“I have been to mountains in Chile, Peru, Ecuador, Costa Rica, Nicaragua, Mexico, China and Russia. I have gotten my feet wet in the Atlantic, China Sea, the Adriatic, Amazon and Baikal, and my nose bled in the Atacama, the driest desert in the world.

"In the Galapagos, I swam with sea lions, sharks, iguanas and turtles. I went on boat rides in the Amazon, Lake Titicaca, and Galapagos," he wrote on his website www.weecheng.com

The British Virgin Islands amazed Wee Cheng for a special reason: some 700,000 companies worldwide – and counting - are registered there.

Now, that figure is completely out of whack with the island’s population of about 22,000. And you don’t see a lot of banks, insurance companies, and other financial institutions there, he notes.

Most of the company directors didn’t even travel to BVI to do the registration but instead completed the paperwork at representative offices in cities such as Hong Kong and New York. BVI is largely a tax haven with little to attract visitors.

Wee Cheng recalls: “The weather was dry, the houses were run-down, the roads were dusty.”

In such faraway places, keeping in touch with family and friends is not an issue for him. Neither is keeping up with the news. He has encountered an irony as far as Internet access is concerned. 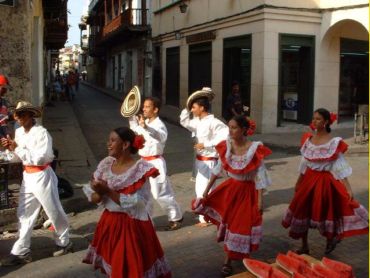 Colombia, land of El Dorado“It’s easier to find Internet cafes in poor countries such as Azerbaijan –where it’s only 25 US cents an hour, cheaper than anywhere else I know - than in rich ones.

“In some of these places, the Internet is used not so much for emails as for phone calls. You see that in, say, the Comoros Islands off Africa, a poor country, with a big diaspora in France.”

Returning to Singapore in 2003, Wee Cheng worked for the Monetary Authority of Singapore as a policy analyst.

He compiled his travel observations into a book titled Greenland Seal Hunter which was published by Marshall  Cavendish at the end of 2004.

Wee Cheng's first book is available on Amazon.com The title refers to a story of him spending time among seal hunters and appreciating their lifestyle and livelihood amid the harsh weather.

How does he finance his travels? From savings and investment gains, says Wee Cheng. His holding of Jiutian shares have been particularly rewarding, rising from the IPO price of 5.8 cents (split-adjusted) in mid-2006 to 70 cents recently.

Surprising as it seems for a financially-savvy person, he says he has not kept track of how much he has spent on travel.

He says many people can afford to travel extensively: it’s just a question of placing travel high on their list of priorities, and moving down things like the type of home and car you want to have.

“I don’t spend on luxuries such as a Rolex watch or wear branded stuff. My lifestyle is generally simple and I have invested wisely. That’s why travel is not unaffordable to me. It’s a matter of choice,” says Wee Cheng.

He owns a fully paid-up freehold condominium unit of 1,200 sq ft in the Thomson area, but doesn’t own a car. In fact, he has never owned a car, he says. He has been taking the bus to work in Raffles Place every day since he joined Jiutian in May 2005.

He is setting his sights on traveling to about 30 countries over the next nine months. At the end of it, he can count 160 or so countries/territories that he has visited to date. There will be another 70 left to visit in the years ahead - and many more to revisit.

Photos reproduced with the permission of Tan Wee Cheng.

We have 1104 guests and no members online