A company official said the developer is aiming to more than double that figure next year.

“We just reported contracted sales of nine billion yuan for calendar year 2013 and we are targeting to raise that to 20 billion in 2015,” said Shenzhen Investment Ltd Investor Relations Director Ms. Nicole Zhou. 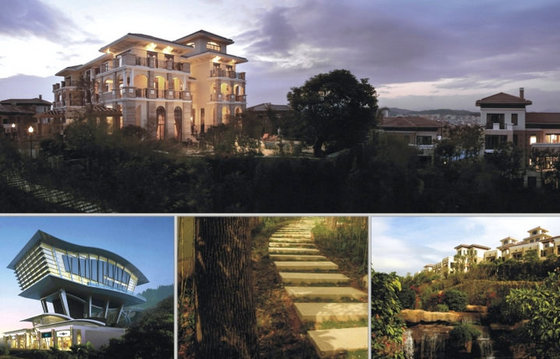 The total subscription amount, including contracted sales and un-contracted subscriptions, amounted to 10.4 billion yuan in 2013, with an average selling price of around 12,350 yuan per square meter.

Shenzhen Investment, which listed in Hong Kong in 1997, is not only named after the city with China’s second largest stock exchange, but it enjoys favorable policy support as the real estate developer’s controlling shareholder is the Shenzhen Municipal Government with a 60.59% stake.

That likely helps inform the company’s strategy on where to place its future development focus.

“Going forward, we’re looking to concentrate more on the Shenzhen market and reduce our exposure in Tier I and II cities.

“Most of the growth we expect to see this year and next will come from Shenzhen,” she told investors on Jan 10 in Shenzhen at the Aries Consulting-organized “3rd Scaling New Heights – Asia Investment Forum 2014.”

Ms. Zhou said the goal is to have 30% of the firm’s Shenzhen-based land bank located in the city’s downtown which should represent over 60% of the firm’s property assets’ value. 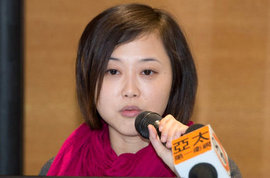 The firm focuses on the development, investment and management of residential and commercial properties in Shenzhen as well as other cities, mainly in South China.

It currently maintains a total land bank of approximately 11.5 million sq m GFA, with around 600,000 sq m of investment properties in Shenzhen alone, and 22 property projects currently under construction with a GFA of nearly 2.9 million sq m.

“We only are 20% invested in commercial properties with the remainder residential, but our commercial business will increase over time,” Ms. Zhou said.

Earlier this month, Shenzhen Investment sold an 80% stake in Shum Yip Shumkang to Shum Yip Group for 340 million yuan, with pretax profit for the transaction expected to be 160 million.

And in December, Shenzhen Investment established a JV with Shenzhen Metro Co Ltd (SZMC) to participate in the development of a parcel of land beside a downtown subway station in Shenzhen.

SZ Investment recently 2.85 hkdShenzhen Investment signed the contract with SZMC to acquire a 50% stake in the metro property for 1.21 billion yuan.

All of these new projects coming into the pipeline cost money, and Shenzhen Investment was looking to reduce its gearing ratio, which currently stands at 84.3%.

“We consider 75% to be a comfortable level, and we expect our gearing ratio to fall sharply soon,” Ms. Zhou said.

As for the city of Shenzhen itself, the core operational market for the property developer, she said it had certain attributes that gave the firm advantages over its peers operating elsewhere.

“We’ve found Shenzhen – a city of 14 million with a young, mobile and well-paid citizenry – to be very open and creative, and good at attracting talent.

“This of course is good for us as a mainly higher-end residential property enterprise.”

We have 570 guests and one member online