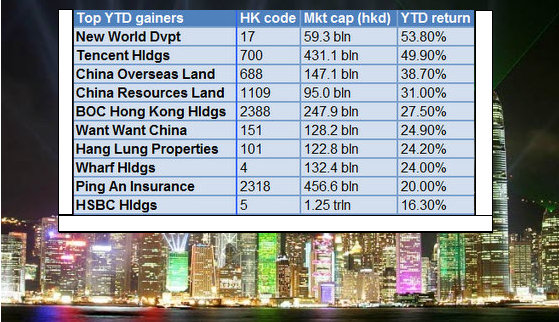 ANYONE WITH even a cursory interest in the Hong Kong stock market knows that the past 12 months haven’t been anything to write home about, with the benchmark Hang Seng Composite Index down over 13% year-on-year.

But things look markedly better from a year-to-date standpoint given the market nadir in January, with the Hang Seng already up a respectable 6.9% since the beginning of the year.

Naturally, with an increase of that magnitude, a few listcos have been doing much more than simply pulling their own weight for the past six months.

Among the top 10 YTD performers in Hong Kong, it won’t surprise anyone with a basic understanding of the Special Administrative Region's economy that half are property plays. 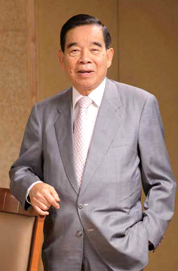 This can largely be explained by the strong half year performance that NWD had in 1HFY2012, in which revenue jumped 26.7% year-on-year to 19.1 billion hkd, producing a net profit increase of 20% to 5.2 billion.

New World Development not only develops and invests in properties and provides contracting services along with property management, but is also involved in transportation services, major infrastructure sector projects, telecommunications, department stores, hotels and restaurants.

This helps to cushion the Hong Kong-based group’s potential overexposure to an often flighty and fickle property market.

New World Development is majority owned by jeweler Chow Tai Fook, which in turn is owned by tycoon Cheng Yu-tung -- one of Hong Kong’s richest residents. 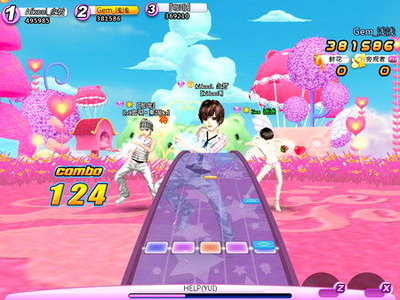 This Shenzhen-based firm is owner of the country’s most popular instant messaging social media portal – QQ.

Founded in 1998, the company has seen explosive growth, being based in the world’s largest online country market of China.

The company had a strong first quarter, with revenue surging 52.2% year-on-year to 9.6 billion yuan, producing a 2.8% bottom line increase to 2.9 billion which was impacted by new acquisitions over the period.

Its chat products are equally popular via traditional laptops and desktops as they are through mobile devices like smartphones and iPads.

In keeping with its innovative and cutting-edge product offerings, Tencent’s top-three senior executives are all 40 years of age or below. 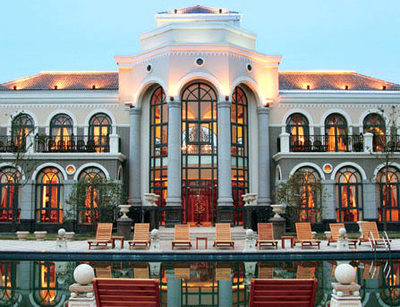 COLI, founded in 1979, saw a sharp rise in cash flow in the first quarter, jumping to eight billion hkd against 2.5 billion a year earlier.

All of its infrastructure projects -- one of its highest-growth segments and far less prone to property sector clampdowns than other divisions -- are all located in Mainland China. 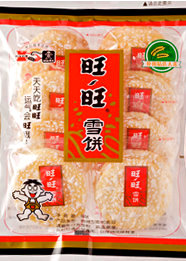 The only consumer goods firm among the top ten gainers on the Hong Kong Stock Exchange, Want Want China enjoys a high brand recognition level across the region.

Its rice crackers are its flagship product and a top seller in its category.

Most of the company's production facilities are located in China and Taiwan. 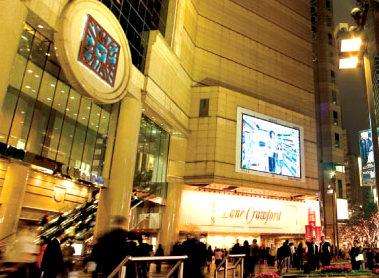 A major Hong Kong-based property developer, Wharf was recently in the news for agreeing to buy a significant volume of shares from struggling and heavily-leveraged peer Greentown Holdings.

Founded way back in 1896, Wharf engages in property and infrastructure investment in Hong Kong, Singapore and Mainland China.

The company’s property portfolio is comprised of office, retail, serviced apartments and hotels as well as clubs.

Wharf is the owner of the iconic Star Ferry service which criss-crosses mainly tourists across Victoria Harbor.

0 #1 Abigail 2012-07-27 00:27
What does everyone think about the disparity between property controls in HK vs PRC? It is hard to think long term on ppty when one never knows what is around the bend from the govt.
Quote
Refresh comments list
NextInsight.net