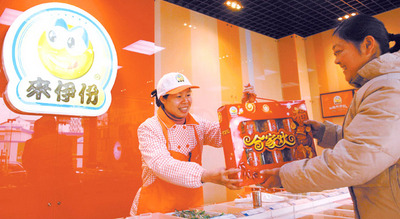 Especially after whole insects were found in its vacuum-packed dried meat products earlier this year.

And now its goods are being pulled from shelves for excessive additives.

There is no good time for a scandal, unless you are a fierce rival of the affected firm.

But this series of quality scandals couldn’t come at a worse time for the Shanghai-based firm as it was planning an imminent IPO in Shenzhen.

This latest negative publicity will surely impact investor appetite for both Laiyifen’s snack offerings as well as its upcoming share offering, which has now been suspended until further notice, the company announced.

Three of the top hypermarket chain operators in China – Walmart, Carrefour and Lianhua – began emptying their shelves in Shanghai of a series of products, including Laiyifen’s, after a state-run media expose reported excessive food additives as well as shockingly unsanitary factory conditions for a variety of foodstuffs.

Consumers and potential buyers of Laiyifen’s new shares alike were surely shocked to hear the company admit earlier this week that its preserved fruit offerings did contain levels of additives in excess of regulations, which if ingested in sufficient quantities can lead to liver and kidney damage.

Food safety regulators in Shanghai are still conducting tests on suspect samples and are likely to release their final findings within a week. 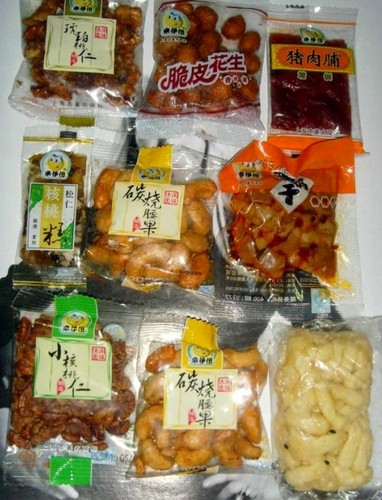 The company quickly responded to the CCTV report, issuing a statement saying it was fully cooperating with safety officials, voluntarily recalling all of its products in question and was taking the matter “very seriously,” and apparently it felt that it wasn’t the best time to carry on with its listing plan.

It also volunteered information on the public relations front, saying it had received complaints from consumers saying they would either reduce or eliminate altogether their purchases of Laiyifen products due to the recent quality issues.

As an additional act of damage control, Laiyifen offered an official apology to all consumers of its products, saying it would conduct a thorough re-check of its entire inventory.

“Laiyifen already had a fair share of stores that were losing money. Now with the PR hit and the costly products recalls, it will be hard for the brand to regain the public’s trust and confidence anytime soon. I think it might have to forget about its listing plan,” said an industry insider.

Last week when the piece of televised CCTV investigative journalism hit the air, Laiyifen began preparing for the flood of criticism and disappointment to follow.

At last count, the company said that its A-share listing plan in Shenzhen had attracted a great deal of investor interest, mainly from private equity and venture capital funds.

Laiyifen said those wanting a piece of the soon-to-be-public snack play were intrigued by the Shanghai-based brand as its estimated value repeatedly outshined most of the consensus outlooks for its fair value at the time.

But now, especially after the admission that it had exceeded allowable sweetener additives in its products, the recent positive appraisals by the investment community are surely leaving a bittersweet taste in everyone’s mouth.

SHOW ME THE MONEY: What Happens To SOE Profits In PRC?China IPOs Putting Pressure On Large CapsNEW KID ON BLOCK: 21 A-Shares In Red; 4 In Hot Water

We have 1485 guests and no members online