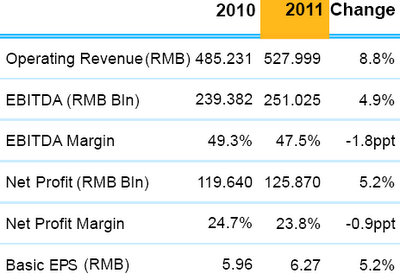 HONG KONG reverted from British to Chinese rule in 1997.

But despite the Special Administrative Region currently existing under a certain level of autonomy, there is no denying that -- at least in terms of general pricing trends and market sentiment -- its bourses might as well be joined at the hip with China's.

That being said, there are many reasons to believe shares listed in Shanghai and Shenzhen are likely to see a sustained, steady climb on the horizon.

And there is equal reason for investors to be confident that this is good news for holders of Hong Kong-listed shares.

The other day we saw markets in Europe and the US start low and finish lower.

But Hong Kong’s stock exchange had a different sort of day altogether. 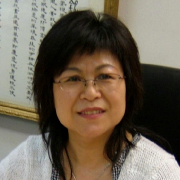 After following the downside lead from overseas in the morning session, the benchmark Hang Seng Index began tracking gains in Shanghai and Shenzhen and ended slightly higher on the day.

And although turnover on the day fell to 44.4 billion hkd, down around 5% from the previous session, there were a few standouts.

China Mobile Ltd (HK: 941), the country’s largest mobile telecom service provider, carried much of the market on its back all day.

The growing likelihood of easing credit policy by Beijing going forward is likely to spur consumption and investment at a time when GDP and trade figures are surprising somewhat on the downside.

This clearly demonstrates the heavy influence that not only large-cap China-based firms have on the Hang Seng Index, but especially the direct effect of those listed in Hong Kong.

In fact, it is becoming increasingly difficult for Hong Kong’s capital markets – and especially investors and their sometimes fleeting confidence -- to turn a blind eye to the economic and financial goings-on in the PRC in general.

And what of the wider world?

Despite the tepid trading last week in Europe and the US, shares in Shanghai and Shenzhen managed to shake off the downside pressure and finish stronger.

Closer to home, media in Mainland China reported recently that the floodgates of elderly citizens about to reach retirement and start dipping into their pensions and relying on the rather limited social safety net are about to burst open.

Therefore, there is a growing drumbeat of support for supplementing or protecting inadequate retirement savings with insurance policies of various kinds.

Analysts say the slow trickle to put money into such policies in China over the past decade or so is likely to become a torrent sooner rather than later.

And given the massive weighting that China’s behemoth insurance counters have on the Hang Seng Index -- not to mention their solid presence in the A-share markets -- can only mean that the expected windfalls coming the way of these financial sector institutions will send a few auspicious breezes into the Special Administrative Region as well.

Furthermore, in a market-based example of positive reinforcement, the growing trend toward taking out policies – life and health, mainly -- is coinciding with a gradual expansion of the authorized fund investment activities by the insurance giants.

SHOW ME THE MONEY: What Happens To SOE Profits In PRC?

We have 1068 guests and no members online