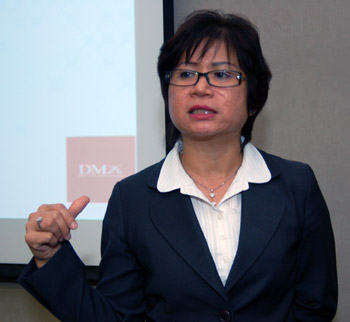 The D-Smart platform, which offers a variety of cloud-based mobile applications to enterprises in China, rides on the rapid growth of smartphone usage by consumers and enterprises.

According to market research firm, IDC, smartphone shipments in China constituted 17% of the global handset sales in 2010, up from only 8% in 2008.

World Precision Machinery, which manufactures and supplies stamping machines for several industries such as automotive, rose 1.5 cents, or 2.8%, to close at 55 cents today. 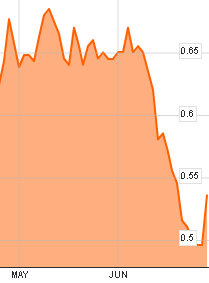 The stock is rebounding from a selldown from 67 cents reached in early June as the Greek debt crisis unfolded, coinciding with a souring sentiment towards S-chips.

In the year to date, the company, however, appears to be on solid ground.

As of April 2011, the Group had clinched an orderbook of RMB428 million with a delivery period of 3 – 9 months.

In March this year, its CEO, Mr  Shao Jian Jun, said in an interview with Reuters: "We target at least 40 percent growth in sales this year. In the next three to five years, we will still see high growth."

We have 1503 guests and no members online