SAPPHIRE CORP: Strong growth to come from 2013 on jump in vanadium production 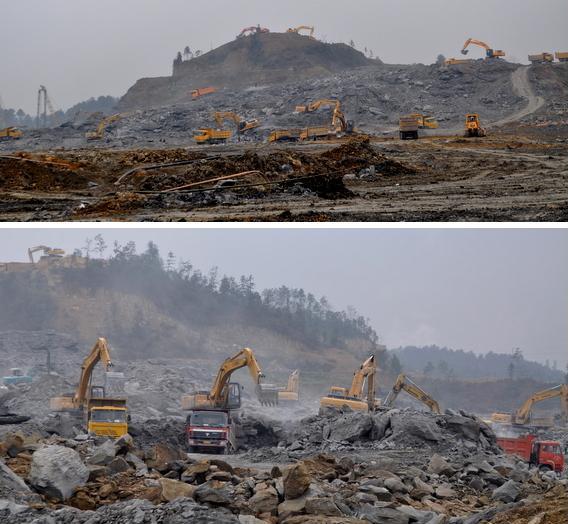 Over S$1.1 billion will be spent on this massive 2 sq km of land to expand WeiYuan Steel's production capcity of steel products. A byproduct, vanadium slag, will be supplied to Sapphire's core subsidiary (known as Special Steel) to convert into vanadium pentoxide, which is necessary for producing enhanced steel. All photos by Leong Chan Teik 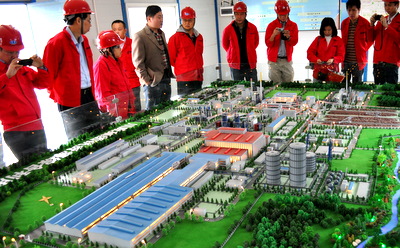 Singapore analysts and investors being briefed on WeiYuan's expansion plans. A scaled model gives the visitors an idea of the facilities to be built.

THIS SPRAWLING SITE in Neijiang, about three hours’ drive from the city of Chengdu, is where one of the most ambitious plans for business expansion that we know of is being executed.

On the 2 sq km site which I visited last Thursday with several analysts and investors from Singapore, the largest privately-owned iron and steel company in Sichuan province is developing the infrastructure for producing a wide array of steel products.

As far as Sapphire Corp, a Singapore-listed company, is concerned, the key benefits from the expansion are: 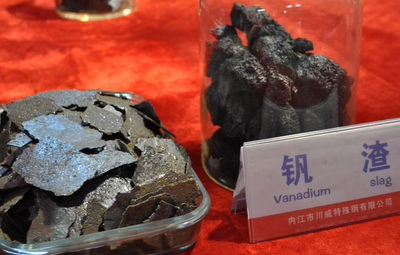 Vanadium slag (right) is a byproduct of the production of steel and iron. The slag is supplied by WeiYuan to Special Steel which converts it into vanadium pentoxide flakes (left) for enhancing the strength of steel products.

The slag is a by-product of the manufacture of steel from iron ore.

Vanadium pentoxide is sold to other steel manufacturers for the manufacture of lightweight, high-tensile, corrosion resistant steel products.

Sapphire could double or triple its revenue and profit after 2013 if its supply of vanadium slag from WeiYuan is thus boosted.

2) WeiYuan IPO: Sapphire has an indirect 11.73% stake in WeiYuan (whose FY09 turnover was S$1.4 billion and net profit S$13 million) to whose current expansion it has contributed US$40 million in the form of a convertible loan.

Sapphire is looking to increase its take in WeiYuan, and is expected to enjoy an unlocking of the value of Weiyuan when the latter is listed in possibly HK and/or a foreign bourse such as London sometime before or after its expansion project is completed.

L-R: Investors Stephen Yeo and Seak Teck Siong in a Q&A during lunch with Roger Foo (right), an executive director of Sapphire.

The story is chiefly about the rising demand for vanadium and steel in China.

Steel is in high demand in China’s infrastructure boom with China’s steel production forecast to rise 60% between 2010 and 2020.

The price of vanadium has risen from RMB 75,000 per tonne in 2009 to RMB92,500 in January this year – a trend that is expected to continue with a rise in steel prices. The sale of vanadium pentoxide flakes brings in a gross profit margin of 33% for Sapphire, compared to 9% for its manufacture of rebars and hot rolled coils.

Sapphire is just outside the top 3 league of producers of vanadium but with the WeiYuan expansion, it would become No.3 via its stake in Special Steel, which currently has a production capacity of 5,000 tonnes a year of vanadium pentoxide flakes.

4 companies and Sapphire's stake in them.

Special Steel is its key operating subsidiary which it holds a 70% stake in. Interestingly, Sapphire has appointed a Singaporean CFO to Special Steel.

Aside from Special Steel and WeiYuan, Sapphire holds a 9.2% stake in China Vandium Titano-Magnetite Mining (China VTM)., which supplies iron ore to WeiYuan.

The stake in China VTM was purchased in 2007 and has turned out to be a profitable move. 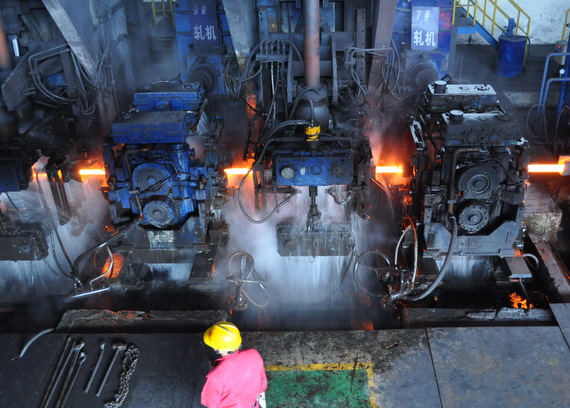 Red-hot steel bars being produced in Special Steel, a 70%-owned subsidiary of Sapphire.

It also proposed a 1 cent a share final dividend. 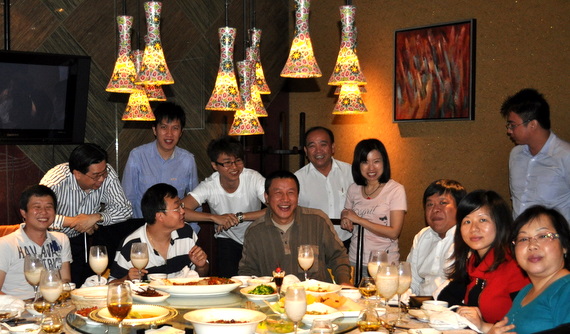 Singapore analysts and investors with the management of Sapphire and its subsidiaries.

We have 1345 guests and no members online