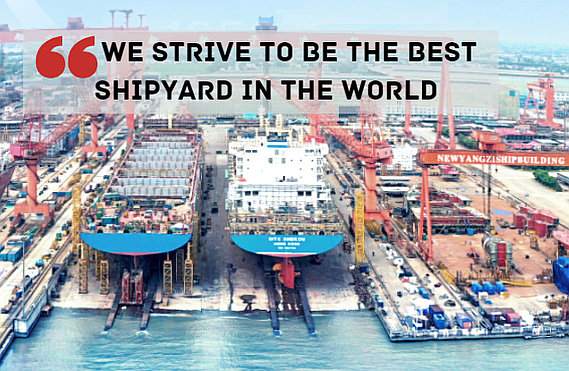 WHAT’S NEW
• Upgrade to BUY as risk-reward looks attractive. Since Yangzijiang Shipbuilding (YZJ) demerged its debt investments arm in late-Apr 22, its share price has risen by >31% and easily outperformed the STI’s -1.4% return over the same period. As a result, YZJ’s share price (like some of the other outperformers in 2022) suffered from profit-taking in the first few trading days of 2023.

In addition, the perceived “loss” of a large LNG order has added to the negative sentiment on the stock. As a result of the recent share price weakness, we now believe that YZJ’s risk-reward looks attractive with nearly 30% upside to our PE-based target price of S$1.55 and thus upgrade YZJ to a BUY.

Historically the company has paid a dividend of S$0.04 to $0.05 per share, however we point out that it had around S$0.19 per share of cash (as at end-Jun 22) and limited need to either fund:

a) a debt investment arm, or
b) growth or maintainenace capex.

Assuming it pays out half of its cash hoard, this would equate to a yield of 9.5%.

• Potential US$400m new order win – its first in 2023. According to industry sources, Lepta Shipping of Japan has ordered four neo-Panamax container vessels from YZJ. Note that the pricing for neo-Panamax vessels in the past two years has ranged between US$100m-140m per vessel.

Given that Lepta is:
a) an existing client of YZJ’s having ordered 10 container vessels from the company in 2020, and
b) is a JV between Nissen Kaiun and Mitsui & Co, and with YZJ having strong ties with the latter, it should be no surprise that YZJ was the preferred shipbuilder for Lepta.

We believe that YZJ has not publicly disclosed this order as it has yet to receive the first downpayment for this order.

• Receipt of winding-up application by YZJ’s subsidiary a non-event in our view. On 8 Jan 23, YZJ’s dormant subsidiary, Yangzijiang Shipping, received a winding-up application that originated from a dispute regarding a US$4.8m profit from the sale of an oil tanker. In the worst-case scenario, this level of provision amounts to <1% of our estimated 2022 earnings and thus is immaterial in our view.

STOCK IMPACT
• “Loss” of large LNG order. On 2 Jan 23, industry sources indicated that one of China’s state-owned shipyards, China Merchants Industry Holdings, had won an order for four 180,000cbm LNG carriers (LNGC) from Celsius Tankers. As the market had been holding out hope that this could be awarded to YZJ, its perceived “loss” of this large US$1.88b led to the stock being sold down.

However after speaking to management, it appears that YZJ walked away from this large order as the margins were thinner than normal. Recall that at its 3Q22 analyst briefing, YZJ’s management had stated that it will selectively accept new orders for large LNGCs as it sees some supply chain risk for equipment and raw materials.

Thus, backing away from this large order should not come as a major surprise in our view.

• Lack of newsflow until after Lunar New Year. We highlight that YZJ is unlikely to announce any new order wins until at least mid- to late-Feb 23 as a result of the Chinese Lunar New Year. It should be noted that YZJ’s order wins in 2022 have easily exceeded expectations with nearly US$4.2b in new orders vs guidance of US$2b.

For 2023, the company has maintained its “standard” order-win expectation of US$2b with orders for tankers and bulk carriers rather than containerships, while LNG vessels will witness longer term growth.

We have 206 guests and 2 members online