GEO ENERGY: 2Q dividend's in the pocket today, cash piles up in company 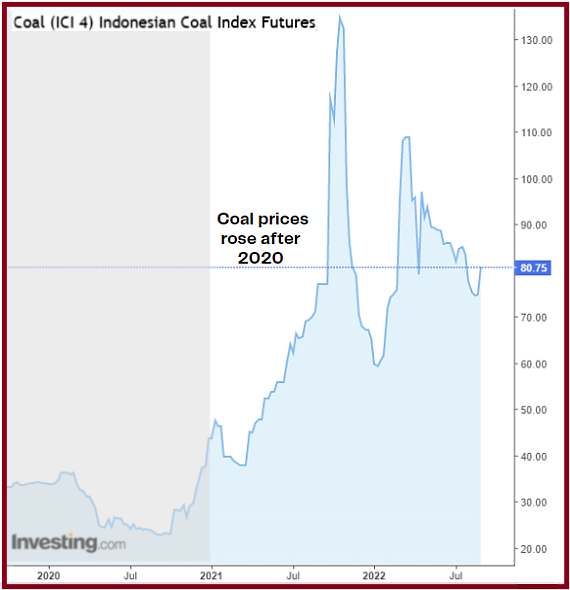 Just see how fast the cash flows in:

The 7-week increase alone can cover yet another quarterly dividend of 2 cents a share (S$28 million), with S$28 million to spare.

Geo Energy's stock has a whopping 105% total return over the past 1 year -- but despite returns this good as well as near-term prospects this good, it currently trades at 1.5X trailing PE. Its US$218 million cash accounts for about 57% of its market cap.

Surely no one is thinking dividends will dry up as Geo Energy has a policy of paying out at least 30% of its earnings. 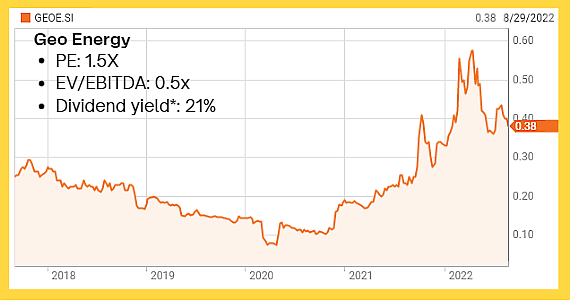 If some investors have their way, they'd get the company to buy back its shares aggressively, say, soaking up millions of dollars worth of stock every week.

Buyback advocates have a point but it may be short-sighted.

Mathematically, earnings per share rises as shares are bought back but that doesn't automatically translate into a higher stock price or a durable high stock price. That's real life.

There's actually a longer term business need for a sizeable amount of cash.

Geo Energy's cash cow is its two producing mines, SDJ and TBR, in Indonesia. They don't last forever, in fact their projected end is in 2027-2028 -- to be specific, their mining permits expire in 2027 and 2028, respectively.

(Geo Energy has two other mines, BEK and STT, whose mining permits stretch to 2031 and 2032. BEK recommenced production in 2020 on a small scale while STT is under exploration and development).

We have 1868 guests and no members online