RIVERSTONE: Why cleanroom gloves enable it to thrive in post-pandemic crash 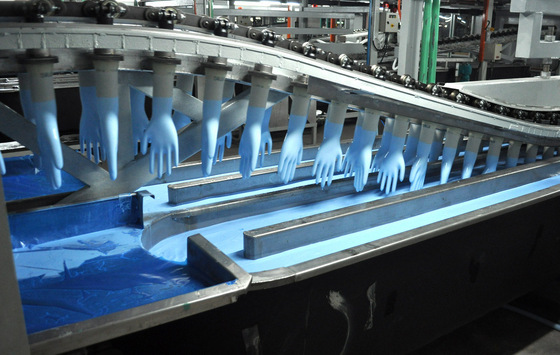 Riverstone generated net operating cash flows of RM228.5 million in 1H2022  -- which is significant even though it's 78.7% lower y-o-y.
With the easing of the pandemic, prices of healthcare gloves are normalising. Industrywide, there is oversupply from extensive investment in production capacity for these gloves, a problem that could last into next year.

But not for cleanroom gloves.

Healthcare gloves are used in myriad places (such as F&B) aside from healthcare facilities such as hospitals.

But cleanroom gloves are solely used in cleanrooms in high-end electronics and semiconductor industries, and in certain pharmaceutical settings.

Reportedly the No.1 producer in the world, Riverstone sells cleanroom gloves directly to customers unlike its healthcare gloves which go through distributors (with some loss of profit margin, of course).

Riverstone has been manufacturing cleanroom gloves for more than 30 years.

"Over the years, we have developed deep technical knowledge in formulation and process techniques. We are able to customise gloves to meet our customers’ unique requirements for all classes of cleanrooms." 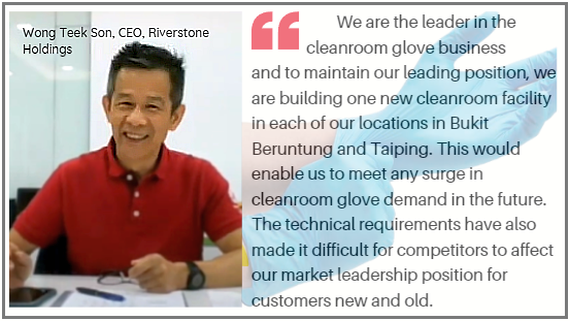 Healthcare gloves, meanwhile, are expected to face further price pressure from tough competition, including that from Chinese players who have set up shop during the pandemic.

Riverstone offers customisation for its healthcare gloves and so should continue to achieve some premium pricing.

CGS-CIMB has a 'hold' call on Riverstone's stock (click here for the report) as does UOB KH (click here),

We have 1622 guests and no members online