FOOD EMPIRE: Customers continue to enjoy its coffee but ...

Singapore-listed Food Empire's products include instant beverages, frozen convenience food and snack food. They are exported to over 50 countries such as Russia, Vietnam, Ukraine, Kazakhstan, Central Asia, the Middle East, China, Mongolia and North America. Its revenue by geography is as follows: 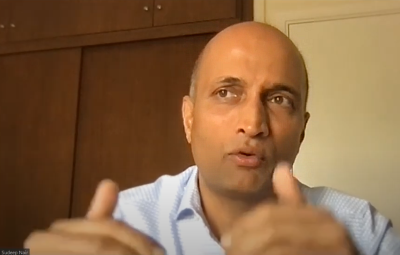 CEO Sudeep Nair. File photo.Covid measures were particularly tough in Vietnam in 3Q when the country was in a lockdown mode.

"It needed to get some of the raw materials (such as coffee) from Vietnam, process them and then ship it back, so you have double transportation and you have many other additional costs as well that takes away a certain percentage of margin."

The freight situation "is still very tough" owing to a shortage of container slots and port congestion resulting in supply chain delays.

"What you need to ship out in the first week gets shipped out in the third week most probably," says Mr Nair.

Food Empire has had to adjust its supply chain. For example, to supply to Kazakhstan, it delivers products from its Russian factory by land over about four days,  instead of shipping from the Malaysian factory as has been the norm.

"We have had to do these kind of adjustments, something which all companies around the world are facing nowadays."

A few times this year already, Food Empire has adjusted higher its selling prices in certain markets, such as Russia and Ukraine, where the impact of high freight costs was acute.

As and when normalcy returns to supply chains and shipping, Food Empire's profit margins are expected to recover, helped along by cost management in the area of sales and marketing.

"If revenue growth happens, costs are contained, and we go back to our usual supply chain model, we will see some improvement in margins," said Mr Nair.

Still, some uncertainty persists: "But we don't know what are the other moving parts which may come in next year."

In any case, customers will be able to continue to enjoy a cuppa.

We have 1795 guests and one member online