Core FY20 results ahead despite disruptions from COVID-19

Property business set to rise led by Peak. The 90-unit Peak Residence was originally slated for launch in 2020 but was delayed due to COVID-19. We now believe the property could be launched in 1H21 and estimate that Tuan Sing could fetch sales of c.S$190m from the project. In addition, occupancies at Tuan Sing’s commercial properties appear to be improving. 18 Robinson recorded better occupancies in FY20 while media reports have reported that a key tenant at Hyatt Regency Perth had completed an expansion. Overall, we are forecasting property segment’s PBTFV to more than double to S$44.5m in FY21F. 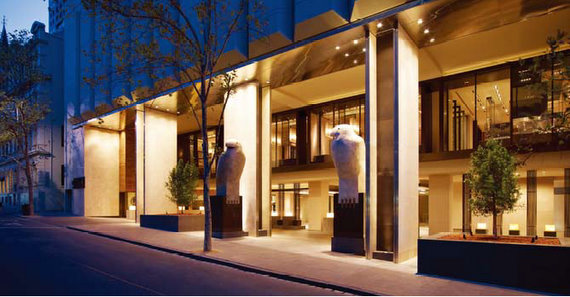 Tuan Sing owns stakes in Grand Hyatt Melbourne (above) and Hyatt Regency Perth. Photo: annual report
Outlook for Australian hotels improving. The hotel investments business, which owns both Grand Hyatt Melbourne and Hyatt Regency Perth, was the main drag on Tuan Sing’s performance in FY20. While the COVID-19 situation remains uncertain in Australia given that vaccination efforts are only just beginning, interstate travel restrictions to Melbourne have been relaxed partially and Grand Hyatt Melbourne has reopened since November 2020. On the other hand, Hyatt Regency Perth has served as a quarantine facility since March 2020 and its occupancies have been partially supported by the government. For FY21F, we are forecasting occupancies to range between 50% - 70% and for the segment to avoid a loss compared to the S$17.0 loss before tax and FV change recorded in FY20.

Opus Bay project buoyed by Indonesia’s omnibus law. Indonesia’s new omnibus law could boost demand for Tuan Sing’s Batam Opus Bay project. A slew of measures including a relaxation in foreign ownership rules have been announced to attract investments. While details on the project have been scarce, the project is expected to launch in 1H21 and could deliver a further boost to the property business given Tuan Sing’s 125-ha land exposure in the project.

Maintain BUY with slightly higher SOTP-based TP of S$0.46. We have raised FY21F earnings by c.286% mainly due to the recognition of a gain on sale of Robinson Point and projected improved performances across all of Tuan Sing’s business segments.

At a PNAV of 0.3x, we believe Tuan Sing offers compelling value. Indeed, the current share price appears to be at a strong support level with the Group having performed share buybacks around this price consistently.

We have 536 guests and no members online