CHINA SUNSINE: Spotting an undervalued company, watching it turn around! 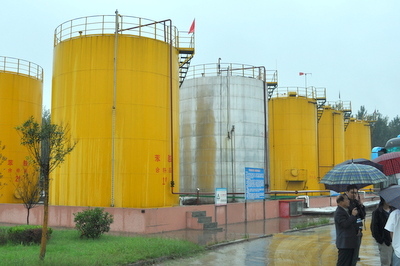 However, the Company appears to be seeing light at the end of the tunnel as production and sale of vehicles in China have picked up and look set to be driving strong demand for China Sunsine’s products.

Media reports have attributed the robust demand to industry promotions and local government policies and subsidies to support the auto industry.

Spending on domestic infrastructure projects has also spurred demand for commercial vehicles such as trucks.

According to media reports, the strong sales momentum has sustained into October with retail sales exceeding dealer expectations and that some dealerships have even run out of inventory.

These data translate into healthy demand for China Sunsine’s rubber chemical products in 2H 2020 as auto manufacturers raise production to replenish their stock of finished products.

Market leader in rubber chemicals. China Sunsine produces additives and other chemicals that are added to rubber used in making tyres. 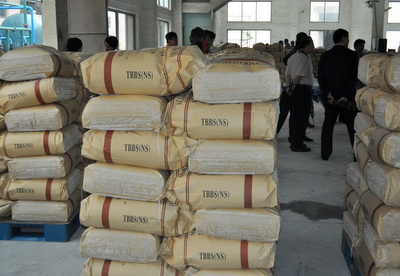 As a market leader, China Sunsine enjoys strong economies of scale, high industry staying power and will be a good proxy to the global economic recovery post Covid-19.

That said, selling prices should rebound given healthy customer demand. All in, gross margin of >20% looks sustainable going forward.

[There is the risk that competitors keep prices around 13.6K and lead to margin compression back to 17%.

This is unlikely as selling prices should move up somewhat considering healthy demand and higher raw material costs.]

See below for computation to adjust for this risk.

Capacity expansion cements earnings growth. The Company plans to raise capacity from 172,000 to 192,000 tonnes of products by the end of 2020. Assuming a typical utilization rate of 95%, the estimated output is in the range of 182,400 tonnes.

Assuming an average selling price of RMB14K per tonne (13.6K is the approximate floor) and a sustainable gross margin of around 20% (the company has historically done better than this), the annual gross profit may be in the range of RMB510.7 million (compared to RMB242 million in 1H 20).

On an annualised basis, this means that China Sunsine annual earnings rate could be in the range of RMB185 million in a worst-case scenario that assumes stiff competition keeps gross margin depressed.

[The Company has been active in buying back its shares and has bought back 4.9 million shares in 2020 with the last purchase done on 1 October 2020 at S$0.340 per share. Using this share price as a floor, we are looking at a positive risk/reward ratio of upside of 10 to 15 cents versus downside of 6 cents at the current share price.]

This article was originally published on ALA Advisors' website.

We have 1186 guests and no members online