 Earnings to recover from 2Q20’s low, driven by higher sales. Sales in FEH’s biggest market – Russia – should pick up in 3Q, as sales volumes improve amid the easing of national lockdowns.

The group has also implemented ASP increases across 2Q-3Q, which should help mitigate some of the negative impacts from the RUB’s depreciation.

While Russia has seen a spike in new COVID-19 cases since end September, we note that the Russian Government does not plan to re-impose national lockdowns.

Without a severe disruption, we expect FEH’s sales to remain resilient in 4Q. 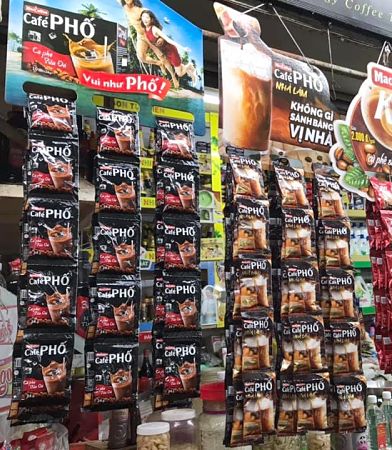 Cafe Pho -- a hot-selling coffee drink of Food Empire in Vietnam. NextInsight file photoIn Vietnam – the group’s second-largest market – there was some resurgence in COVID-19 cases during the July-August period.

Fortunately, the contagion was confined around the Da Nang area and a partial lockdown was implemented for the region.

We understand from management that this should not have a major impact on its sales in Vietnam.

We expect such costs to remain low in 2H20 on the group’s cost-containment initiatives and lower travelling costs amidst border restrictions.

That said, our forecasts remain unchanged, as we believe this could be offset by the recovery in sales.

However, a further depreciation of the RUB from current levels could affect 4Q and FY21’s projections.

We have 1883 guests and no members online