Glove stocks have soared. They are about to get another boost? 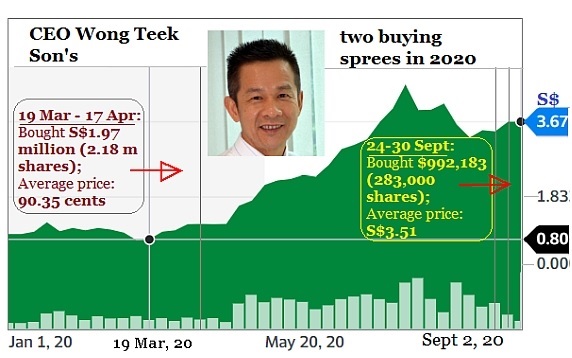 In another signal of the optimistic outlook of Riverstone, the Employees Provident Fund of Malaysia emerged as a substantial shareholder on 17 Sept.

And the potential upside?

(Note, however, that Riverstone co-founder Lee Wai Keong sold about S$61 million worth of shares at about S$3.95 each on 3 Sept. Evidently, he was taking some profit off the table, instead of signaling a less-than-robust future for the business. He has another 65.4 million shares left worth roughly S$250 million). 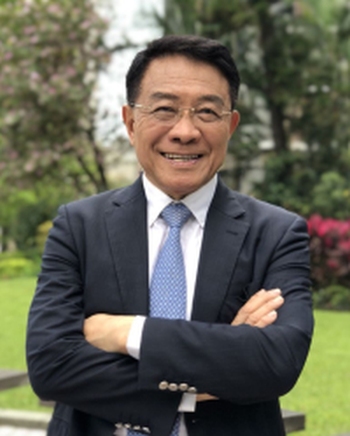 Medtecs executive chairman Clement Yang: 2020, a year like no other for Medtecs.
Photo: CompanyAnd then there's Medtecs International.

It produces personal protective equipment which are sold mainly to Europe and the US, where the Covid-10 pandemic continues to rage.

Medtecs has no analyst coverage currently. No new substantial shareholder has emerged. Neither have there been reports of management buying the stock this year.

Translated, that means Medtecs expects net profit of US$78 million (S$108 million), at the very minimum for full year 2020.

The current stock price (S$1.18) would be lower than 5.5X earnings, an attractive level made possible in part by short-selling and profit-taking after the stock's hefty run from 4-5 cents at the start of the year.

The run could resume ahead, and after, Medtecs reports 3Q earnings in the third week of this month, an indicative timeline which Medtecs gave in emailed replies to investors' queries.

See MEDTECS: What it didn't say is what matters

We have 481 guests and no members online