This is the first analyst report on JEP Holdings in a long time. 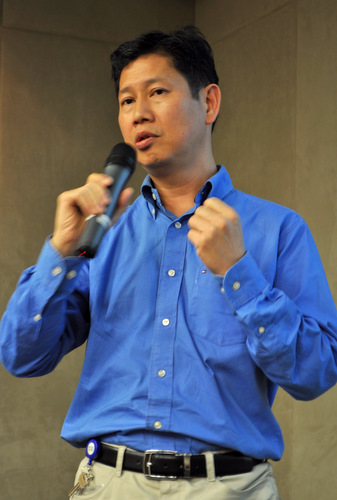 Andy Luong, chairman and CEO of UMS Holdings -- and executive chairman of JEP Holdings. NextInsight file photo.JEP was listed on the SGX as Alantac Technology in 2004. It initially specialised in semiconductor and hard disk drive parts.

In 2007, Alantac made a major acquisition of JEP Precision Engineering (JEPS) to venture into precision parts for the aerospace and oil and gas industries.

The combined entity was renamed JEP in 2010.

New management was installed after Mr Andy Luong was appointed as the Executive Chairman in February 2018.

Eighteen months later, UMS Holdings launched a mandatory conditional cash offer at S$0.15 per share. Its offer lapsed as the level of acceptances did not cross 50% of the voting shares.

Global backlog for aircraft deliveries has risen to around 10 years. There is a global search for capacity.

2. Turnaround under new management. After UMS took over management of the company in middle 2018, JEP has turned around and booked record earnings in the past 12 months.

3. Attractive entry point. We believe the valuations are attractive. Sector peers trade at an average of 20x forward PE. Our target price factored in a 50% discount for JEP’s smaller scale of operations.

We have 826 guests and one member online