Other takeaways from 1Q19 results briefing:

The Group has opened a second SW1 Clinic in Singapore at OUE Downtown Gallery in January 2019.

Also, it officially launched SW1 Vietnam in April 2019 with the opening of a 4,000 square feet aesthetics centre in Ho Chi Minh City.

♦ Organic growth in Singapore: SMG targets to onboard 10-12 specialists this year, including 2-3 Obstetrics & Gynaecology specialists, 2-3 paediatricians, and one radiologist.

That represents an "opportunity for us to take things to a new level," as most of SMG's existing 45 doctors are working at near their capacity, said Dr Beng. 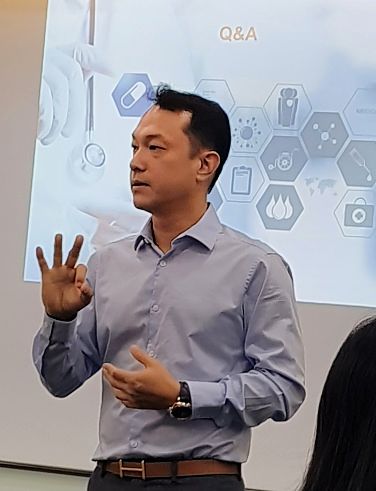 Dr Beng Teck Liang, CEO of Singapore Medical Group. NextInsight file photoHe said the majority of the new hires will operate out of SMG's various existing spaces where there is unutilised physical capacity.

In addition, because there is limited need for capex such as for new equipment, costs will not necessarily surge before the new hires raise their contributions to the group.

In Vietnam, while its health-screening business narrowed losses, a delay in the opening of SW1 did not help matters.

In Indonesia, its eye care business JV was profitable and accumulating cash.

♦ Collaboration with CHA Healthcare: SMG and CHA are looking at growth opportunities in Asia. A possible acquisition is in the pipeline.

Separately, CHS is set to raise its stake in SMG to 24.13% upon the completion of a sale and purchase agreement with several SMG insiders.

We have 482 guests and no members online