Best World International has released a detailed 37-page rebuttal to Bonitas Research. The Best World rebuttal also states the actions Best World will be taking, including pursuing court action in the Singapore High Court against Bonitas and its founder, Matthew Wiechert, for defamation. 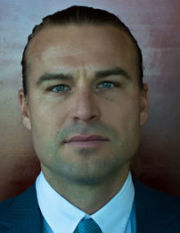 Matthew Wiechert founder of Bonitas. Picture: Bonitas Research websiteThe Company has taken note of the position of SGX RegCo that an independent review on the allegations made in the Report should be undertaken. Certain allegations raised in the Report concern the Group’s previous financial statements which have been independently audited by two (2) reputable audit firms, RSM Chio Lim LLP (“RSM”) and EY.

Both RSM and EY have not withdrawn their unqualified audit opinions with regard to the Company’s financial statements for the periods they have each reviewed, RSM in respect of FY2014 to FY2016 and EY in respect of FY2017, after reviewing the Report and this announcement.

Notwithstanding that the Company has received unqualified audit opinions in respect of the Group’s audited financial statements for FY2014 to FY2017, the Company has voluntarily and in consultation with SGX RegCo decided to expand the scope of the Review by PwC11 to include reviews of:

In connection with the expanded scope of the Review, the Company will request the Primary Import Agent to provide its audited financial statements for FY2017 to PwC for review.

Based on PwC’s interim update as of 12 April 2019, the Board and the Audit Committee understand that PwC has not identified any matters that may have a material impact on the Group’s unaudited financial statements for FY2018 13 . Work on the Review is progressing as at the date of this announcement.

(D) Share Buybacks
The Board has earmarked and approved the utilisation of part of the Company’s cash holdings to repurchase Shares traded on the Singapore Exchange Securities Trading Limited (the “SGX-ST”) in accordance with the share buyback mandate approved on 30 April 2018 (the “Share Buybacks”). The Company will commence the Share Buybacks following the announcement of the Company’s unaudited financial results for the financial quarter ended 31 March 2019 (the “1Q2019 Results”) 14 and the expiration of the blackout period in relation to the 1Q2019 Results.

Accordingly, the Board believes that undertaking Share Buybacks at current Share prices will be an effective use of the Group’s cash and will enhance shareholder value by reducing the total number of Shares in circulation and increase the earnings per Share of the Company.

The Company intends to fund the Share Buybacks with the Group’s cash in excess of the Group’s short and medium term requirements.

0 #1 Boni 2019-05-12 18:50
BT reported: "When approached, Best World said the litigation lawyers acting for the group, Allen & Gledhill LLP, are in the process of obtaining the requisite court order(s) to serve the court papers on the defendants who are not resident in Singapore."
Quote
Refresh comments list
NextInsight.net

We have 1079 guests and no members online