Put aside electronic gadgets and reconnect with the child in you, and with nature and reality -- says Mr Sim.


Sim Leisure Group has just listed (1 Mar) on the Catalist on the Singapore Exchange.

While it attracted investors to subscribe for 26.4 million shares (gross proceeds totalling S$5.8 m), Mr Sim isn't thrilled with how the stock price has performed.

It recently traded at 17 cents, down from the IPO price of 22 cents.

The PE ratio should drop significantly based on yet-to-be-announced 2018 full-year results.

Reason: It would reflect the first full-year of earnings of its second theme park, ESCAPE Waterplay which opened in Nov 2017.

The revenue and profit of the group can be reasonably estimated because the 2018 visitorship number and other figures (see table) are given in the IPO prospectus. 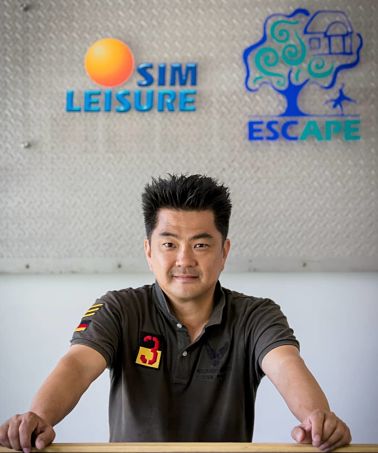 Revenue (and earnings perhaps) for 2019 should rise because the soon-to-open ESCAPE Gravityplay, the third park, is expected to attract higher visitor numbers at higher ticket prices.

Already, ESCAPE has proven that its low-capex attractions are far more financially viable than the likes of Hong Kong Disneyland Resort theme park.

The latter, for all its marketing firepower and its brand name, remained in the red in 2018 for the fourth straight year. (See report) 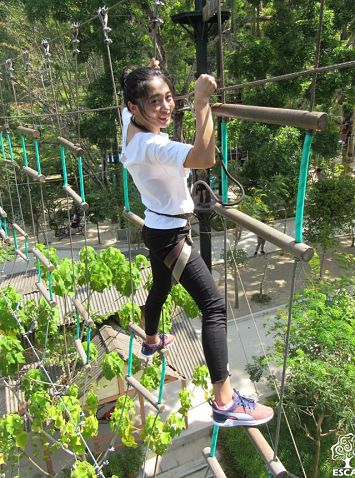 ESCAPE Adventureplay (launched in Nov 2012) has been awarded:
♦ TripAdvisor Certificate of Excellence from 2014 to 2018;
♦ Winner in the category of Best Tourist Attraction (Man-Made Attraction/Theme Park) at the 20th Malaysia Tourism Awards for 2016/2017.
Photo: ESCAPE Facebook page Not only was ESCAPE built on low capex but also run on low, very low, marketing costs.

ESCAPE spends less than 2% of revenue on advertising and promotion, said Mr Sim.

It relies on digital influencers, and promotion on Facebook, Instagram, etc, and word of mouth, of course.

Its photographers snap photos of visitors engaged in fun, and regularly upload hundreds of photos on ESCAPE's Facebook page and Instagram.

Individuals aside, about 40% of visitors are corporate entities and schools.

(Ticket prices are multi-tiered. Check them out at ESCAPE's website. About 80% of ticket sales are done through that website, while the remaining 20% are to walk-in visitors)

We have 693 guests and no members online