The path going forward may be brighter, if you consider one barometer: the company's headcount. The numbers were included in the company's presentation material at its recent quarterly briefing. 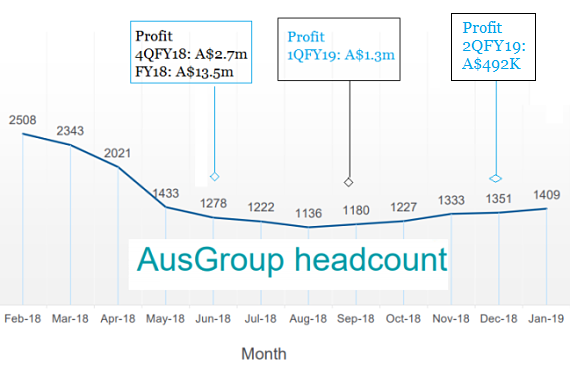 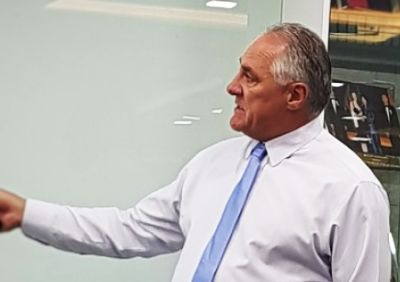 Shane Kimpton, CEO of AusGroup.
NextInsight photo.CEO Shane Kimpton spoke about the 12-month headcount trend of the company, saying it is a barometer of its business because AusGroup's business is largely correlated to the workforce it deploys to projects.

In the half-year to June 2018, the headcount slid as major projects were completed.

The projects contributed to a A$13.5 million profit for the financial year.

In a way, the headcount is a leading indicator. There's a major maintenance project with Chevron, a top-tier energy customer, which is in the planning stage and being worked on by 70-80 AusGroup staff.

When the project kick-starts in May or June this year, hundreds of workers will be deployed to the site, said Mr Kimpton. (See: Hundreds of jobs up for grabs in Chevron LNG shutdown )

The 2QFY19 net profit was lacklustre but it is AusGroup's ninth successive quarter of profitability.

We have 2890 guests and no members online