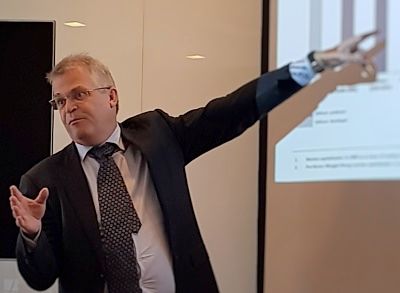 Mark Calderwood, MD of Tawana Resources, is widely acknowledged to be the key driver of the successful development of the Bald Hill Project to date. NextInsight photo.A: I guess there are a couple of drivers to the share price, one is reserves – I think that will help but most of the market probably knows it's coming anyway. The Merge will help but steady production will be a key driver to the share price, so we are in production but haven’t declared commercial production yet and can’t call it steady state. A lot of people will be watching that very closely – the production rates going forward over the next couple of months.

Q: The Resource upgrade -- you said Q2, so that could mean by the end of June?A: Correct, so within the month but I would expect a lot earlier than that.Q: You raised $50 million a few months ago, if the Reserve upgrade is big enough will it be used for the Fines and second DMS?A: No, that money is not allocated for that capital expenditure, we have got some other sustaining capital items to spend money on including the Tantalum Plant, tailings, roads and other things still to finish off. It's also for working capital, we are pre-stripping waste in advance.

So we are mining more waste than the life-of-mine average, life-of-mine average waste is 8.3 to 1 and we are mining at double that rate at the moment. Now that will enable us to have large quantities of ore coming on-stream in about 12 months time, and that leads to those opportunities that we can look at for a second DMS which wouldn’t take us that long to build, but we are reviewing all that stuff at the moment.

Q: If we go ahead with the second DMS, can you please clarify if the Burwill offtake actually covers the output from that as well?A: The Burwill offtake provides for 50% increase on our minimum numbers that we have allowed for. The fines circuit would be covered by the existing contract but a second DMS would probably exceed it, so we would have to sort out what we do with the excess product, whether it's an extension on the existing contract or a new one. 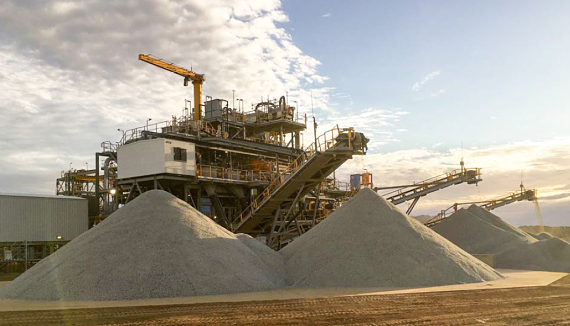 Lithium concentrate at Bald Hill Project. The mine also has rich grades of tantalum which now fetches a high market price of US$100 per pound.
Photo: CompanyQ: At the old Tantalum plant, was the product sold?A: It sold a concentrate to Greenbushes which Greenbushes then upgraded and blended with their product and sold. It ran from 2002 to 2006, it stopped after Greenbushes went broke.Q: Was it a material amount?A: Yes, it produced I think 800,000 pounds of Tantalum Pentoxide and it's been known for its high grade concentrate and its low radiation levels. So the fact that its low radiation levels for what is normal for a Tantalum product enables us to take it up to 25% concentrate and not have any shipping issues. Hence it can go to Europe or it can go to Japan. The last parcel Alliance produced was a 25% concentrate which it sold to Germany, to the same people – so they know their product.Q: In terms of strip ratio and scheduling, is there a waste removal schedule or capital estimates for me to look at?A: There probably is something in the feasibility study but it would be out of date now. We are moving/need to move about 900,000 cubic metres a month so that’s 2.5 million tonnes of material a month and we produce on average in the next 2 years 150,000 to 200,000 tonne of Ore. It is higher at the moment but it becomes a lot of Ore at the back end of the existing stage 1 pit. But as we finish of the stage 1 pit we will then start mining the expanded pit. The bottom line is the first 12 months you move more dirt and then after that it settles down to roughly the long-term strip ratio.Q: Am I right in saying that the $880 per tonne that you get is lower than what Galaxy gets?A: Correct, ours is an FOB. They pay some commission to Mitsubishi I believe for handling their product, it's very close but we got a 2 year price and I’m happy to take a little bit less for a longer period.

Q: Has the issue of bunding the open cut pit been considered to prevent flooding?A: The pit actually starts on top of a hill so it's actually an extremely low risk from a flood point of view – currently.Q: Is Cowan Lithium going to be the spin off name?A: Yes, and hopefully that gets pushed through to the market in a reasonable time, we don’t want it to stay unlisted for too long.Q: On that, are you looking at spinning it of as an IPO?A: YesQ: Will existing shareholders get the opportunity to get additional shares in the IPO?A: You will get some shares through your existing holdings obviously and then we will cross that bridge when we get closerThat's it.Meeting went for roughly 1 hour.Thanks go to @captjohn@Haplo and others for asking all the questions.Please note I have written everything as it was said or as close as my notes and memory would allow and tried not to have my opinion or sentiment towards Tawana either way in this post, I look forward to reading everyone else's views though.

We have 388 guests and no members online