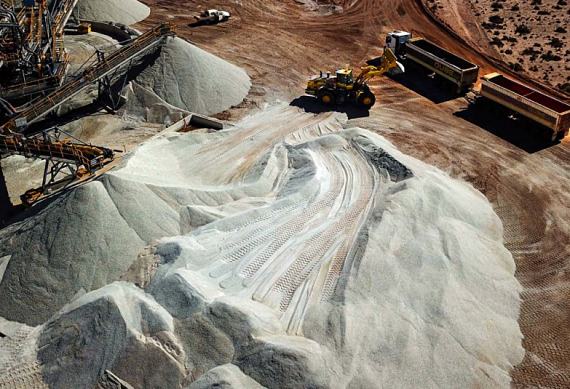 In early May, the first shipment of lithium concentrate from Bald Hill Project -- 50-50 owned by AMA and ASX-listed Tawana Resources -- left for China.

The lithium product -- which has been bought under an offtake agreement with Burwill Holdings -- will be processed in China for use in the making of lithium-ion batteries for electric vehicles.

And within weeks of each other, two institutional funds bought significant stakes in AMA, whose Bald Hill Project is the first Australian lithium mine to reach production status since 2016.

Just early last year, there were sceptics aplenty -- and the share price was about a third of today's level.  As funding and infrastructure for the Bald Hill Project made progresse, so did the share price.

And now comes the first wave of institutional funds (with a relatively bigger risk appetite compared to their peers): On 2 May 2018, Regal Funds Management crossed the 5% shareholding threshold with its 34,172,804 shares (a 5.41% stake, to be precise).

Sydney-based Regal had bought the shares at 33 cents apiece via a placement by AMA.

Then a fund in Hong Kong bought 30 million shares from Living Waters Mining (Australia), the investment vehicle of Tjandra Pramoko, the ex-CEO of AMA, and his spouse, Simone Suen.

The shares are held by LIM Asia Special Situations Master Fund Limited, whose investment manager is LIM Advisors, which manages more than US$1 billion of assets.

Prior to that, LIM Advisors, according to market talk, had bought a load of placement shares, alongside Regal Funds Management, from AMA on 2 May 2018.

Without naming them, AMA had said it had placed out 76,522,804 new shares to 3 "sophisticated and institutional investors in Australia and Hong Kong".

We have 287 guests and no members online