Here are the key takeaways 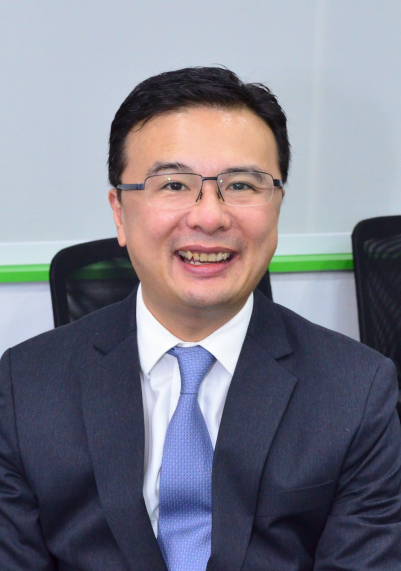 a) Promising data from SGT 01 led GSS and Pertamina to re-evaluate an oil well called P1, approximately 800m away from SGT 01. Both SGT 01 and P1 share a similar oil profile. Previously, Pertamina had stopped drilling P1 because of data misinterpretation. GSS expects to produce about 100 barrels of oil a day by 1QFY18F;

b) Although SGT 01 yields eight reservoirs of hydrocarbon (2 gas; 6 oil), GSS has obtained Pertamina's approval to monetise the two gas zones first. However, the steps to monetisation of the gas zones will take approximately a year before commercial production commences. Thus, in the interim, GSS decided to re-enter P1 (which is in close proximity to SGT 01) and work over the old wells TRB 03 & 06 to maximise returns.

On a simplistic basis, the key differences are

P1 – Pertamina drilled before in 2005. Now they are going to re-enter the well and drill deeper;

TRB 03 & 06 – Work over programs for the old wells, drilled by Dutch during colonisation days.

Q3. What is the significance of its findings?

Management is indeed very excited with their findings in SGT 01 on the following aspects:

a) According to their knowledge, Pertamina is very pleased with them as they are probably the fastest company from award to drilling, and very soon to production.

However, this US$193m has not taken into consideration the profit sharing between Pertamina and PT Sarana GSS Trembul (“PT SGT”, once costs are recovered). It is noteworthy that GSS holds 89% economic interest in PT SGT.

d) Although GSS believes that there is likely to be oil at depths greater than 1,255m, the presence of so much gas makes them wary, as there may be blowouts if they drill deeper. Furthermore, as they have already found eight reservoirs of hydrocarbons, they decided not to take excessive risk in their first oil well.

By 4Q, they target to produce and sell sweet gas.  GSS projects it can deliver at a plateau rate of 1.5 million standard cubic feet per day (“MMSCFD”), which is equivalent to approximately 267 barrels of crude per day. All in, if you work out the maths, it is very significant, especially from a nil base in FY17.

a) What is the impact on GSS cash flow?

For the first time in the past two years, 2018 will mark the first year of the oil and gas division being self-sufficient, should the production of oil and gas go according to plan. In other words, the cash from the precision engineering business will no longer be needed to fund its oil business.

Before we get excited about the above, I wish to emphasise the following points. Firstly, the above is a back-of-the-envelope calculation. Secondly, I am not an analyst hence the above are my guesstimates. Thirdly, I use 30 working days per month. Although oil production may occur almost every day, there is likely to be some downtime as the oil equipment will undergo wear and tear and may need to be replaced. Fourthly, as most readers are aware, business in Indonesia can be subject to unforeseen delays. To offset the above “aggressive estimates / unforseen circumstances”, I have put in the maximum lifting cost of US$15. GSS estimates lifting cost to be around US$10-15 / barrel.

GSS has been recognising O&G expenses since the start of 2017. As of 9MFY17, GSS incurred a net loss of S$1.57m in its oil and gas division which pulled down the overall profit of the Group. This should reverse into gains for FY18F, should plans for the oil and gas production pan out. P&L impact should be clearer once they start to sell and recognise the oil sold.

Q5. What is cost recovery and what does it entail?

Before GSS started drilling, it submitted a budget to Pertamina for its agreement on items whose cost can be recovered if they strike oil. The capital expenditure put in to drill SGT 01 has been capitalised. Operating expenditure and lifting cost can also be capitalised. Sydney joked that even Bambang Mulyadi, President Director, KSO Pertamina EP - Sarana GSS Trembul (i.e. the key man for their oil business) is also “cost recoverable!”

Equity financing is not likely as management feels that GSS’ current market capitalisation of S$80m does not do justice to its precision engineering business and accords zero value to its oil business. In addition, management wants the project to be self-funding as soon as practicable, so they start to target P1, TRB 03 and TRB 06 wells which can generate cash faster than their gas segment. Based on its 3QFY17 results, GSS continues to be in a net cash position with approximately S$7m net cash.

Q8. What are the future milestones or catalysts?

GSS has dropped for four consecutive days before closing higher yesterday at $0.161 with higher than average volume. The shorter term exponential moving averages (“EMA”) have either stopped, or slowed their declines, with 200D EMA creeping higher. ADX closed 24.5, amid positively placed directional indicators. Indicators such as OBV, MACD and RSI have also strengthened recently. The next couple of days is crucial as it is likely that contra players who jump in on 14 Dec 2017 may have to close their positions if they are not picking up.

Chart 1: GSS has almost given up all the gains since its oil announcement Note: Chart reading is subjective and may be less accurate for small mid cap stocks.

The above is a compilation of my key takeaways from my meeting with Sydney. Readers should exercise their independent judgement and do their own due diligence before committing to any investment decision. They should liaise with GSS investor relations who is likely to know GSS better (and not to me) if they have any questions.

2) 1.5m MMCF of gas is NOT EQUAL to price of 257 barrels of oil even though the energy produced is the same.

We have 1257 guests and one member online