ETC SINGAPORE: Raises exposure to Myanmar ahead of wave of foreign buying of condos 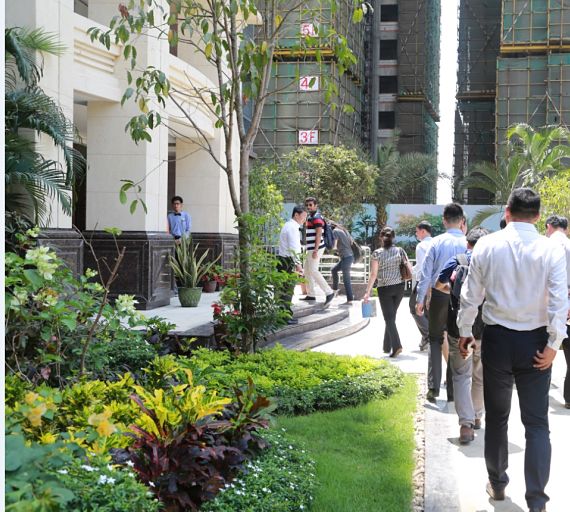 Until recently, Golden City's buyers pay cash as Myanmar banks did not give mortgage loans.

In a breakthrough, ETC recently partnered with Yoma Bank to provide affordable financing to Myanmar citizens, resulting in a number of sales of units in Golden City.

ETC is in talks with other local banks to provide similar financing.

Meanwhile, the long-awaited implementation of by-laws of the so-called Condominium Law will soon materialise,  according to market talk.

This is expected to open the gates wide for foreign investments in condominiums in Myanmar. Taking another step to ride on the wave of growth, ETC said it will developing its first green-field project with an US$24.4 million acquisition – effectively clinching a 61.0% stake in a luxurious residential development which resides on a 2-hectare land in the prime CBD of Yangon.

The project is nestled in a zone with amenities and government institutions, including the Yangon Regional Parliament and the Singapore embassy.

During the quarter, 22 units from Golden City worth S$12.7 million were recognised as revenue while the sale of 27 units (net) of Daya Bay worth S$5.9 million was recognised.

Revenue for the remaining 237 and 363 units for Golden City and Daya Bay respectively are expected to be progressively recognised in the final quarter of FY2017 and FY2018, sustaining the growth momentum.

Recovering from a loss in the preceding quarter, ETC recorded a net gain attributable to shareholders of S$1.4 million (3Q2016: S$0.5 million), supplemented by a fair value and exchange gain of S$0.7 million and S$1.2 million, respectively.