"Outter" -- formerly an equity analyst in a bank -- contributed this article to NextInsight.

In May 2017, Mr Eric Low, the Deputy CEO of Oxley, the major partner of the consortium for GBD, said after the recent announcement on the setting up of the Xiongan Special Economic Zone, some new properties in Gaobeidian went for RMB15,000-20,000 per square metre (psm).

In comparison, the Singapore consortium's land cost is only around RMB750 psm. See: OXLEY: Action turning hot on 3 fronts (Singapore, Gaobeidian and Dublin) 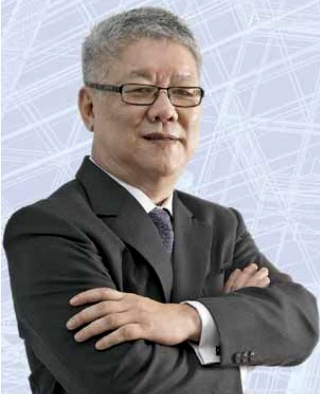 As such, GBD has now become the single biggest contributor (21%) in the KSH sum-of-the-parts valuation model.

The Edge Singapore (week of 23 Oct edition) reported that “the consortium plans to launch 3,000 residential units by year end out of a total of 18,000 for Phase 1. So hopefully when we launch, the price will be RMB 25,000 psm and above”.

KSH indicated that GBD will launch upon receiving approval from Chinese authorities.

While it is difficult to pinpoint the exact timing, the market appears to be discounting a launch within the next 6-12 months.  A successful launch would crystalise the strong earnings from the project in the next 5 to 10 years and offer significant return to shareholders.

New property projects: KSH has added three property projects in the last few months -- namely Rio Casa, Woodleigh and Serangoon Ville.  KSH’s participation is through consortiums where it holds effective stakes of 35%, 20% and 3.5%, respectively. We estimate these new projects could generate $128mn of net profit over the next 3-5 years and raise KSH's RNAV by $92mn.

Whilst our ASP assumptions are higher than the current transacted price in the Serangoon vicinity, the SingHaiyi led consortium's recent purchase of Sun Roiser at $1,325 psf, is supportive of a higher ASP in the area.  Galven Tan, director of capital markets at CBRE, said in a Business Times article that “the premium is decent, the bid (Sing Haiyi’s) still shows that developers are hungry for well-located sites”.

With the recovery in the property market, we see room for KSH's discount to its RNAV to narrow.  Sell-sides analysts have been raising their price targets for property counters by lowering the RNAV discounts and assuming higher earnings on higher property price assumptions.

For example, according to Maybank KE, “the recent uptick in URA PPI marked a turning point Singapore property market and we expect RNAV discount for Singapore proxies to narrow”.

For an under-researched stock like KSH, we reduce the RNAV discount from 50% to 30%. We have conservatively set the KSH discount at a higher level relative to the Singapore names to reflect the risk associated with the project being in China.

Disclaimer: The contents of this report are strictly for information purposes only. This report does not contain any investment, financial, tax, legal or insurance advice; you should always seek such advice only from professionals who are qualified, licensed and regulated in the respective relevant field. Do your own due diligence before undertaking any investments.

We have 882 guests and no members online