This article, written by Jennifer Tan (left, Director, Research & Products,  Equities & Fixed Income, at the Singapore Exchange), originally was published in SGX's kopi-C: the Company brew series on 11 December 2015. The article is republished with permission.

Tjioe’s father also played a key role in enhancing his passion for gastronomy. After moving to Singapore from Jakarta in the 1970s, the elder Tjioe brought the family out every weekend to explore new dining options. The scholar and businessman eventually opened a restaurant – Charming Garden, specialising in spicy Hunan cuisine – in 1980.

“Back in the ‘70s, there were not many good Chinese dining places. My dad was in the textiles business and entertained a lot, so it made sense to set up a restaurant. Since he travelled to Taiwan to buy yarn frequently, he was able to hire good chefs from Taiwan,” Tjioe said.

The success of Charming Garden spurred the son to follow in his father’s footsteps. Tjioe opened his first outlet – Tung Lok Sharksfin Restaurant – in 1984 at Liang Court, this time with six Hong Kong chefs.

“In the late ‘80s, ahead of the 1997 handover of Hong Kong to China, there was a heavy influx of Hong Kong chefs to Singapore. This helped to establish Singapore as a centre of good Cantonese cuisine,” he said. 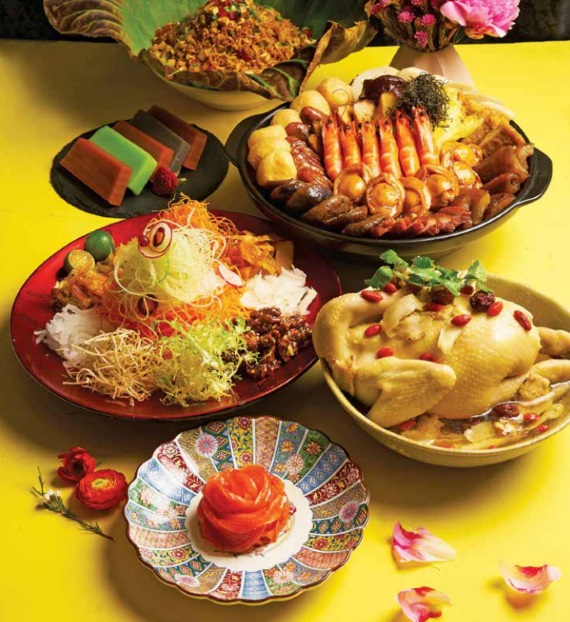 The choice of “Tung Lok” (同乐) as a brand is significant. “It means being happy together, and we are in the business of selling happiness,” Tjioe said. “We need to make sure our customers are happy – only then, shall we be happy.”

The Group, which listed on the Singapore Exchange in March 2001, has averaged revenues of about S$80 million over the last 10 financial years. It reported three consecutive annual net losses between FY2007 and FY2009, before returning to the black with S$574,000 in net profit for the year ended 31 March, 2015.

Our Word, Our Bond

Apart from culinary know-how, Tjioe also inherited strict core values from his father, who passed away last year at the age of 86.

“My dad was very upright. Anything that was not in line with his scholarly upbringing was frowned upon,” said the Business Administration graduate from Oklahoma State University.

“For example, gambling is a big no-no. And our word is our bond – whatever we promise, we must deliver.”

As a result, Tjioe doesn’t believe in cutting corners, such as compromising quality for better margins.


“Restaurateurs must have a conscience,” he said.

“It’s not in my blood to search for the cheapest ingredients to achieve a high profit margin. I would rather use quality ingredients, sell at a slightly higher price, and try to convince the customer of its value.”

That strategy, however, doesn’t always succeed, he admitted. “The market is always chasing after something cheaper. The question is, what do you get for that price?”

Apart from research, knowing when to cut your losses is important. The Group has not shied away from shutting non-performing outlets, he said.

Tung Lok closed two of four Lao Beijing branches, due in part to the labour crunch in the F&B sector. Noodle Stories, which served traditional comfort food with a modern, flavourful twist, was also shuttered within a year of operations, and replaced by Dancing Crab.

Dancing Crab, a successful rebranding of the former Modern Asian Diner (MAD), serves Louisiana-style, Cajun seafood. It has since expanded with three restaurants in Singapore, and another two in both Japan and Indonesia.

The restaurant bagged The Food Journal’s awards for Best Dining Experience and Best in Fuss-Free Seafood last year, and recently, the coveted Promising Franchisor of the Year 2015. 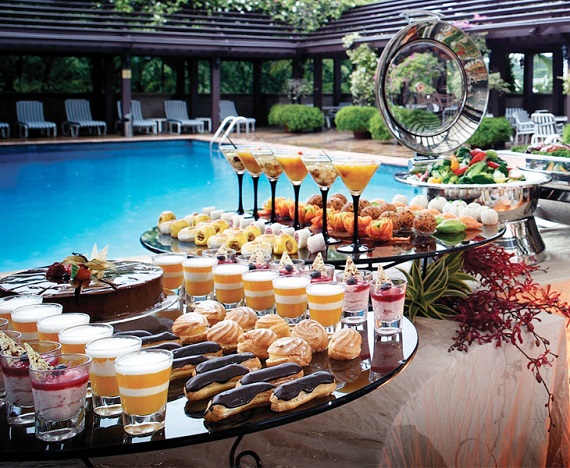 Revenue for 1HFY2017 was lifted mainly due to an increase in catering sales. (Photo: Company)

“MAD was the original concept, but it didn’t work, while Dancing Crab became a hit. It’s like a game of darts – sometimes you hit, sometimes you miss,” Tjioe said. As a testimony to Tung Lok’s foothold in the local dining scene, the group clinched nine accolades in the Restaurant Association of Singapore (RAS) Epicurean Star Awards this year.

Having a focused strategy is also critical, Tjioe said.

“We target the millennials, who account for 60% of spenders. They eat out and entertain a lot, but spend little each time. That’s why many casual dining outlets have sprouted up in Singapore, and most of our new restaurants are casual.”

Lokkee is a prime example. It serves American-style Chinese food, a concept popularised in London, Australia and the US. The playful juxtaposition of east and west dominates both the décor and food – Chinese brush paintings of Star Wars AT-AT walkers adorn the walls, while the menu entices with Poké Salad, Chow Mien, Mongolian Beef, Orange Chicken and London Duck.

These dishes encompass the range of tastes that millennials go for, Tjioe said.

In particular, Poké – diced salmon and tuna sashimi served with house sauce in a tortilla bowl – is a Hawaiian- and Japanese-inspired dish that resonates with the Gen-Y, most of whom have studied or lived abroad.

Smaller, cosier dining concepts with good music are also all the rage.

Keep a lid on construction costs, and major on the décor.

“Customer preferences keep changing, and the millennials do not stick to one place. So if you limit construction spending, and perform minor renovations every two years, your return on investment will not be stretched out,” he added.

The Group has adopted a “manpower-lean” concept amidst the industry’s ongoing staffing crunch. Tung Lok uses two central kitchens – both about 15,000 square feet in size, and one Halal-certified – to prepare its meats, sauces and stock.

It has also invested in state-of-the-art machines and robotics, which can auto-cook a variety of quality dishes for its catering operations.

While the Group’s catering business currently accounts for less than 10% of total revenues, this segment has expanded by 30% year-on-year over the last two years, Tjioe said.

Essentially, the key to survival is agility – knowing when to re-engineer in line with changing trends, he added.

“We have been evolving all along. We would not have survived the past 30 years and still be making waves otherwise. Many restaurateurs of my generation have disappeared, and are already forgotten.”

Tung Lok Restaurants owns and manages restaurants in Singapore, Indonesia, Vietnam, Japan and the People’s Republic of China. The company also operates cafeterias and offers central kitchen support function services, as well as engages in catering and franchise businesses. As of March 31, 2015, it runs 45 outlets.

We have 665 guests and no members online