1. Oil is there: Trembul, which is about 150km to the east of Semarang, is of  47.6 sq km. There are many old wells developed by the Dutch colonial masters who destroyed them during World War 2 to prevent the invading Japanese soldiers from extracting the oil. 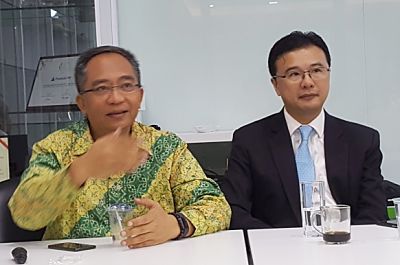 Bambang Mulyadi, an Indonesian oil veteran with international and local experience, with Sydney Yeung at a 3Q16 results briefing in Singapore last week.
Photo by Leong Chan Teik"No doubt about it, the oil is there. We just need to go in and drill. This is low-hanging fruit," says Bambang Mulyadi, President Director of PT Sarana GSS Trembul, the 49-51% JV which won the contract.

The JV is between GSS Energy and PT Sarana Pembangunan Jawa Tengah, a commercial vehicle wholly-owned by the provincial government of Central Java which holds stakes in various large-scale infrastructure projects in Indonesia. 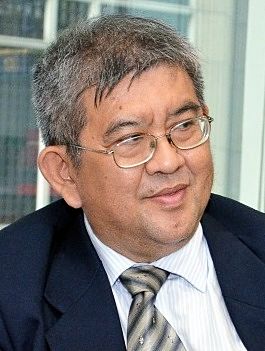 GSS Energy CFO Ng Say Tiong. NextInsight file photo3) What's potentially a major upside is the probable existence of two large reservoirs at greater depths below that of  the reservoir of 24 million barrels of 2P (proven and probable) reserves estimated in a qualified person's report.

GSS Energy plans to explore that after it is able to generate revenue from its initial operations in Trembul.

This adds up to US$96-$144 million, and is the benchmark for any asset sale, says Mr Yeung. (Of course, it will fluctuate with any significant rise or fall in the price of oil.) Though its equity stake in the JV is 49%, GSS Energy's economic interest in the oil field is 89%, by shareholder agreement.

5) Trembul is but just the start of GSS Energy's ambition to be a significant energy player. It seeks to build up a portfolio of O&G assets, including an existing interest in onshore oil & gas exploration in West Jambi. 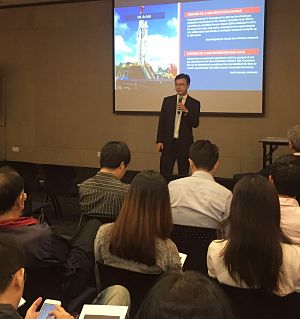 CEO Sydney Yeung presenting at CIMB. Photo by Colin Lum6) At an appropriate time, GSS Energy may spin off its precision engineering business. This achieved profit after tax of S$4.5 million (excluding a one-off gain) in 9M2016, and accounts for the S$36 million-market cap of GSS Energy, assuming a PE of 6-7X.

Thus, no value has been ascribed by the market to the oil business. It's an oversight or a blind spot or a reluctance. But things should change in due course. Count on it.

For more information, see GSS announcements on the Pertamina contract here and here.

We have 550 guests and one member online