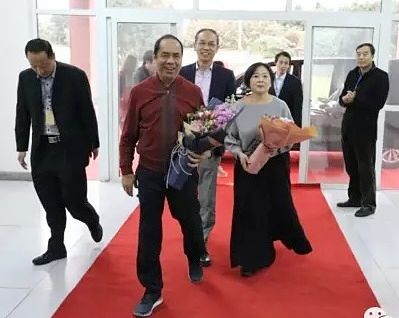 Sam Goi and wife are given the red carpet welcome. Behind them is Sino Grandness Chairman and CEO Huang YupengSpeculation is starting to swirl after photos of Singapore tycoon Sam Goi visiting Sino Grandness surfaced.

What could have motivated him to make the trip on Nov 19-21 to the company's headquarters in Shenzhen and to its beverage factories in Hubei and Sichuan?

What did he discuss with the CEO of Sino Grandness?

Could Mr Goi be contemplating investing in Singapore-listed Sino Grandness?

Any move by him to invest in Sino Grandness will lift investors' sentiment towards the S-chip, which was the subject of a recent negative report (that has been robustly rebutted by the company) and trades at merely 1.9x PE.

So far, there already is a relatively small commitment by his son, Ben, to invest in Sino Grandness.

It was announced in Sept 2016 that Ben will subscribe for 4.75m rights shares (which are the entitlement of CEO Huang but which the latter will renounce in favour of Ben) at S$0.310 apiece, or S$1.47m in total, in an upcoming rights issue.

Here are three of the many photos of Mr Goi's visit on Sino Grandness' Weibo account. 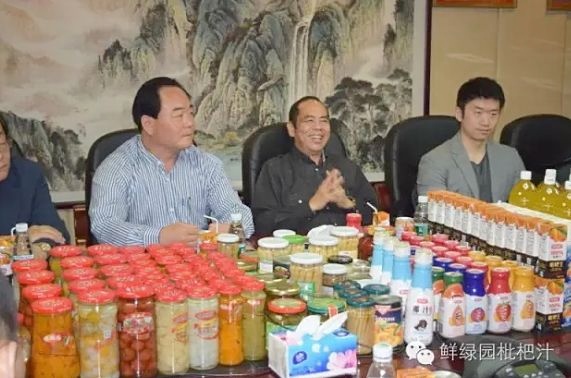 Laid before Mr Goi are the products of Sino Grandness, such as loquat beverages and bottled fruits. 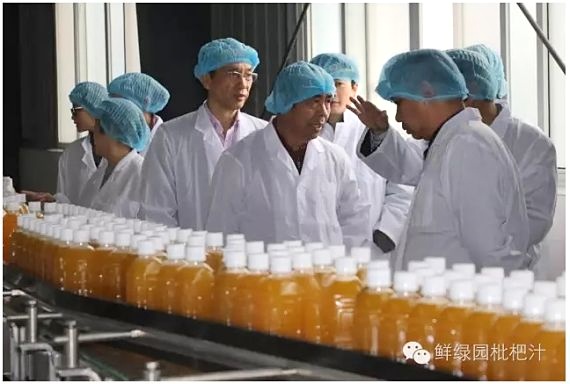 @ a Sino Grandness production plant: The company's loquat beverages are by far the No.1 seller in China in the loquat juice category.

This is an old article I found about Garden Fresh closest competitor. It seems that they are doing very well with loquat juice, especially with their online efforts. May be GF can learn from their online success (taking advantage of the web) to reach the masses being a relatively smaller company..
Quote
0 #2 Gangsa 2016-11-23 21:02
An interesting article.

That Mr Sam Goi devoted 3 days visiting the HQ and production bases in Hubei and Sichuan indicates his serious interest in Sino Grandness.

The article states " So far, there already is a relatively small commitment by his son, Ben, to invest in Sino Grandness. "

The shares that are committed to Ben will be from the 4,750,000 rights that Mr Huang will renounce.

One of the covenants of the convertible bonds requires Mr Huang to own not less than 35% of Sino shares. If he renounces more, his stake in Sino will fall below the required 35% after rights issue.
Quote
-1 #1 KCY 2016-11-23 11:57
Thnx for the report!
Quote
Refresh comments list
NextInsight.net

We have 370 guests and no members online