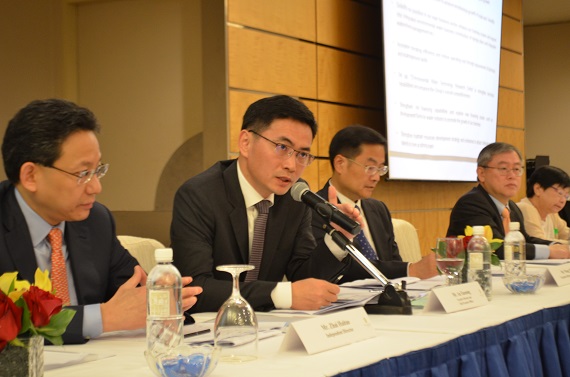 CHINA Everbright Water Executive Chairman Wang Tianyi indicated that the Group will be in a stronger position than before to secure more Public Private Partnership (PPP) projects such as its recent billion-yuan deal with the Zhenjiang sponge city.

At the Group’s AGM on Monday, he revealed that China’s newly-launched PPP think-tank has extended an invitation to him to co-direct the institute of scientific research for PPP, which will also provide policy consulting services and professional training.

Well-known in academic and government administration circles, Dr Wang was formerly the President of Shandong Academy of Science.

He was also formerly the Deputy Mayor of Jinan (provincial capital of Shandong) as well as the former dean of the Economic Management faculty of Yantai University in Shandong.

The presentation was so successful that it prompted the PRC government to set up a national think-tank for PPP. Launched last Friday by Tsinghua University, the think-tank is sponsored by top PRC planning authority National Development and Reform Commission, as well as by China Insurance Regulatory Commission.

“The invitation shows the strong relationship that we have with the central government as well as with the local municipal government,” he said.

We have 1103 guests and no members online