This comes as a heavy punch to the gut.  Not only did I suffer a high five-figure loss, but it also felt like I had wasted 2 years of my life pursuing a goal that did not work out.  My partner and I struggled for a year getting the web-based platform up and dealt with several sleazy vendors who kept trying to cheat our money.  The platform suffered from technical difficulties for another half a year, and when it finally launched, we had difficulty adapting to the complex coding and functions. As if that wasn’t bad enough, the market was also less than ready to take up our idea after we launched.

We made a big pivot in the business, totally abandoning the first business model.  We did it because we felt our skills were not aligned with the goal.  In less corporate-speak…. we were basically Level One Warriors trying to fight a Level 100 Boss.

Sadly, after about 1 month of slogging day and night after the new pivot, ( – if you noticed I haven’t blogged for nearly a month!), that too, did not work out.  I realised I was spending most of my time micro-managing my partners over silly things rather than advancing the BIG goal. Working together is supposed to make you MORE productive and MORE profitable and if it goes the other way (LESS productive, LESS profits), it’s time to bite the bullet and cut lose the extra baggage.

Again, I take more financial losses and wasted more time in this aspect.  I have since made my 2nd pivot, and will be relaunching a solo venture in Jan 2016.  *KEEP ON FIGHTING*

Not spacing out stock purchases

My over-aggressive betting has taught me a big lesson this time.  Those who follow the blog would know that I can simply summarise this mistake in one word:  GoPro.

Feeling high from 60% paper gains within a short span of 3-4 months, I dumped in another lode of cash into the action camera maker only to watch it become the whipping boy of the stock market 2015.  Straight after my big purchase at $63, GPRO sank to a measly $18 ( at the time I am writing this article).

I am not feeling so sad over the paper loss.  I am kicking myself for my stupidity in over-allocation into the stock when I had absolutely NO REASON to do so.  With an outlook of 10 years, there should be plenty of opportunities to slowly average into the stock.  I should not have committed such a large portion of my cash balance into a stock.  I could have bought slowly, over time, to get it at cheaper and more valuable prices.

I am still holding GPRO by the way, and recently bought a tiny-bit more at $19.

2015 was a pretty bad year for both the Gf and my health.  In fact, the Gf was sick almost EVERY MONTH.  Sometimes I wonder why she has not been retrenched yet for taking so many monthly MCs…

The Gf has been suffering from lack of sleep due to issues like renovation dust, too many people cramped into her tiny house, noisy neighbours, mosquito swarms, stressed-induced nightmares and what-not.  She is also constantly getting flu, sore throat, cough and having neck and shoulder pains.  ( I blame her lousy bag for giving shoulder pains.)

I have been suffering from constant fatigue and a seemingly permanent brain fog that makes me forget every small little thing like – car keys, addresses, names of people, tasks to do, paying of bills, etc.  I have taken remedial action by popping fish oil pills, eating bananas and cutting down on sugar intake.  I was also falling sick every 2-3 months.  Fever, shingles, sore throats, etc.  My unfix-able, nagging shoulder injury also comes to plague me at least once a week.

I have also taken my weight gain into serious consideration.  The waist size that I have been maintaining since I was 18 years old is starting to expand!  As I am determined not to upgrade an entire wardrobe of pants, I have become more wary about my diet.  Scary thing is, I have been gaining weight even though I exercise 3 times a week.  Guess I have to do with less beer, less rice, less red meat, less oily stuff, less fried stuff, and less sugary drinks. 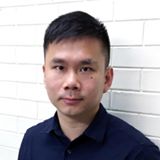 Jerry LeeI feel these short summaries of all the lessons learnt don’t really do justice and I may not get my point strongly across, but I will come back to each lesson in more detailed blog posts.  2015 hasn’t been an easy year.  It was a bittersweet mixture of a series of small successes and one big failure.  But time ticks by, the world spins on its axis and life goes on.

And what an exciting life this is!

This article was recently published on The Bf GfMoney Blog, and is republished with permission.

We have 444 guests and no members online