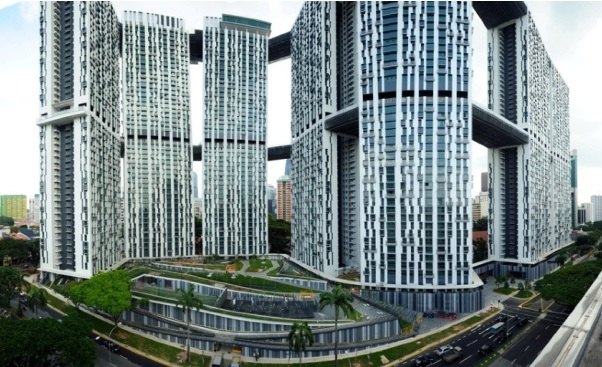 Chip Eng Seng was the main contractor for the iconic HDB flats, The Pinnacle @ Duxton, which was awarded the 2011 Urban Land Institute Global Awards for Excellence.
Image by HDB.

CHIP ENG SENG CORPORATION has proposed to spin off and list its construction business on the Singapore Exchange.

Chip Eng Seng reported $235.4 million in construction revenue for 9M2015.The company, which also has a sizeable property development division, has appointed United Overseas Bank as the financial adviser for this plan.

Following a submission made by Chip Eng Seng to the SGX-ST and based on the representations made, the SGX-ST has advised that it has no objections to the proposed spin-off, said Chip Eng Seng.

That is subject to the company being able to demonstrate that its management team and Board is separate and distinct from that of the spin-off group.The SGX-ST, however, reserves the right to amend and/or vary the above confirmation/decision.

Chip Eng Seng said the proposed restructuring is in its preliminary stages and is subject to the approval of shareholders at an EGM to be convened.

0 #3 crubs 2015-12-07 16:57
It is clear that CES does not need the proceeds from the spin-off, therefore one can only hope that the minority holders get treated fairly via a capital reduction. Some significant events that might influence their decision.

The family holds a combined 35% but the largest holder Mr. Lim Tiam Seng holds only 9.42%. In recent times, Kenyon Holdings managed to acquire over 8% of the shares, making Tan Keng Yong the second largest shareholder, only behind Mr. Lim.

Their CEO and son-in-law of the founder Raymond Chia left to start his own property development company, LGB Development which seems to have regional focus

Possible reasons for the spinoff include

1) Restructuring of family holdings to avoid potential hostile takeovers in future
2) Split within the family with Mr. Lim Tiam Seng and young brother Lim Tiang Chuan each going their own ways to prepare the group for the next generation.
3) Increasing the value of the group
Quote
0 #2 CDAN 2015-12-06 20:48
The 5 or 6 floors of retail space in Alexandra Central (next to IKEA) were all sold out at high prices about 3 years ago. Guess what, many of the investors (or should I say, speculators, are now stuck with vacant lots. They can't seem to find tenants. Chip Eng Seng, as the developer, suffers no setback from this since it has already sold out every unit! Just pity the investors/specu lators.

http://www.stproperty.sg/articles-property/singapore-property-news/buyers-snap-up-units-at-alexandra-central/a/102092
Quote
+1 #1 tang soo kiam 2015-12-05 16:09
For the case of CES, its RNAV was estimated to be in the region of $2. RNAV computation below included all known projects.

We have 439 guests and one member online