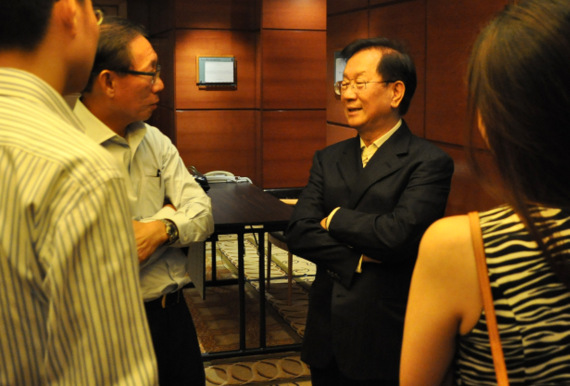 PRC video streaming company, LeTV, is Hi-P's new customer and the next up and coming smartphone company to watch. LeTV broke a domestic record for a new smartphone company by selling 1 million phones in three months. At the launch of its second generation smartphone, Le 1S, more than half a million Le 1S phones were sold in a day.

Below is a summary of questions raised at the results briefing and the replies provided by Executive Chairman Yao Hsiao Tung, Deputy CEO El Tay, CFO Samuel Yuen and COO Gary Ho.

We have 714 guests and no members online