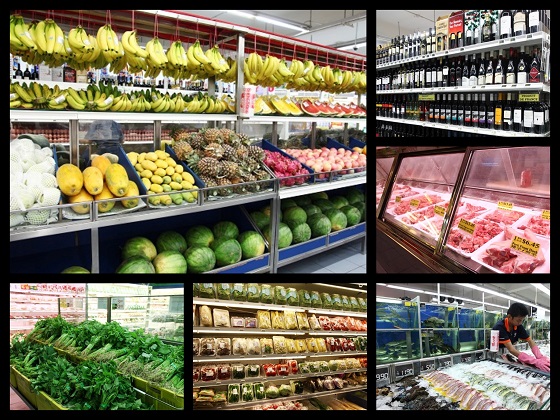 Revenue was up 7.3% YoY. This was contributed by 1.1% of same-store sales growth (SSSG) and 6.2% from the five new stores in the past 24 months. This was a stronger showing than 2Q15. We believe this is partly attributable to a stronger push for volumes, capitalising on the Lunar Seventh Month Hungry Ghost festive demand. Management shared that new stores post 2012 were experiencing much higher revenue/sq m. We believe this may be a positive theme for revenue upside surprise going forward.

Gross margins sequentially lower
Gross margin of 24.3% in 3Q15 held up steadily vis-à-vis last year, but this was a sequential decline. Other than seasonal effects, we believe there was more intense competition during this period, especially from Cold Storage as well as SG50 promotions. Competition is likely to normalise in 4Q15.

Addition of a new store, upside for new stores next year
Sheng Siong signed a Housing Development Board (HDB) lease for a new store of ~4,3000 sq ft at Dawson Road, which should be operational in November. We believe the rental environment is now very conducive for the company. Since the 2011 General Election, the Government has ramped up its HDB building programme and a bumper crop of 61,000 flats are to be completed over 2H15-2017. Much of these would be in blue-ocean new estates for Sheng Siong to expand into.

Maintain BUY
Higher other income has been a big contributor to Sheng Siong’s 17.8% YoY growth for 9M15. We believe this would be sustained for FY16. We keep estimates mostly unchanged, but increase our DCF-derived TP to SGD1.10 (from SGD0.97) to account for stronger future growth and lower market risk premium. Maintain BUY.

We have 601 guests and one member online