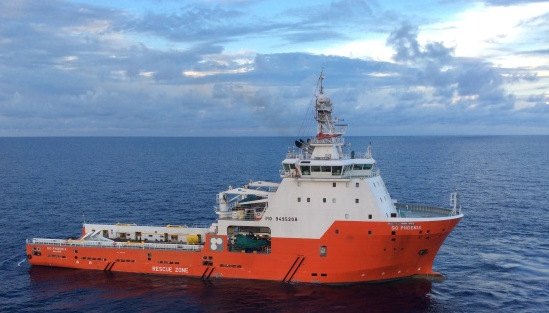 Otto Marine's latest sale & leaseback deal was closed at a vessel price that is almost 20% higher than for previous vessels of similar specifications. Above: Otto Marine's Go Phoenix, a vessel with the same specifications, was deployed in the search for the missing airline MH370. Photo: Company

OTTO MARINE’S FY2014 results is expected to receive a boost with the sale & leaseback of yet another ultra large anchor handling tug supply (AHTS) vessel.
DNV classed and Norwegian-designed, the VS491 21,000bhp AHTS is a hybrid propulsion diesel electric driven vessel with dynamic positioning 2 (DP2) technology.

This is the 4th and final vessel of the VS491 series the Group has built in this batch.
It was sold to a renowned unrelated third party for US$100 million, compared to US$85 million each for earlier vessels from the same series. 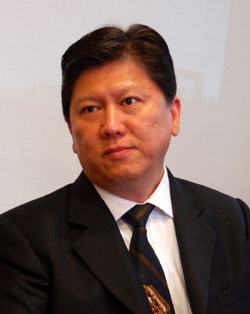 "Our shipyard is generating a healthy profit as it has the capability to build large complex vessels as well as a constant stream of repair, conversion and fabrication jobs that generate stable income," said Group executive director Michael See. NextInsight file photo
One of its earlier vessels from the same series was the Go Pheonix, which was contracted by Malaysia and deployed in the search for Malaysian Airlines aircraft MH370.
This 4th VS491 AHTS vessel is currently under construction at the Group's shipyard in Batam, Indonesia, and is expected to be completed in 2Q2015.

The Group’s wholly-owned subsidiary, GO Offshore, will charter the vessel for 8 years.
The vessel measures 91.5m in length and 22.5m wide and has a bollard pull of 240 to 260 tonnes.

It can operate and handle large rigs in ultra deepwaters, including under the harshest environments of the North Sea.
The US$100 million transaction is expected to have a positive contribution to the Group’s FY2014 NTA and EPS.
The shipyard generated a gross profit of US$9.9 million for 9MFY2014, and contributed 23% to the Group's gross profit.


The Group recently delivered a subsea and IMR (Inspection, Maintenance and Repair) vessel that is currently deployed in Australia.

It will also be delivering four AHTS vessels to a renowned unrelated third party Indonesian customer in the next two months.
The Group had a net order book of about USD 500 million as at 30 September 2014.
Recent story: OTTO MARINE Vessel Sets Out For Deep-Sea Hunt Of MH370

We have 891 guests and no members online