IT'S BEEN A depressing year so far for China share investors.

Here are three investor experiences, including one woman who says she purposely hasn’t checked her portfolio for a year but will reopen her eyes when the bulls return. 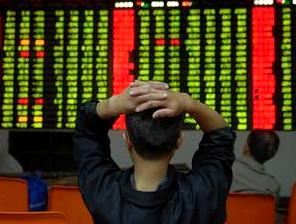 In the first half of this year, the average per-capita loss for A-share investors was a whopping 30,000 yuan -- prompting some 3.8 million investors to completely cash in their portfolios and call it quits. Photo: jmmwThe recurring theme for all those queried was that they had a very low level of confidence in the domestic A-share markets these days, and they also generally felt helpless in getting any clear guidance on where things might be headed.

Ms. Ma, for example, preferred to take an ostrich-like approach for now, keeping her head buried in the sand as it were until the doubts and threats went away.

The twenty-something comforts herself by saying: “I’m so deeply wrapped up in my stocks I can hardly move, and I don’t touch them either.

“I haven’t looked at or moved them in a year as I know things aren’t exactly ideal of late, so I have probably lost some money but I’d prefer not to know right now and will when the time’s right.”

A sales staffer at a brokerage tried to look at things from a psychological perspective.

“In the first half, most of the share price losses were due more to a lack of confidence than to any fundamental financial weakness.

“I don’t blame them for their low confidence as buying and selling stocks these days can really take a toll!”

The salesperson added that some were losing interest altogether and it wasn’t unusual for the sales department to have more staffers playing cards together than watching the stock price movements.

“When things are in a rut, or heading even lower, many seem to just resign themselves to waiting out the storm and just ‘check out’ for awhile.

“Many disappear from view, unwilling to sell off their portfolio for less than they paid for it, and just linger behind the scenes until signs of a sustained rally are evident.”

Seven out of ten investors in the first half saw A-share losses of more than 10% of their portfolio’s value.      Chart: Yahoo Finance

A 40-something engineer surnamed Ma in a well-known high tech park in the historically-important city of Xi’an decided he’d seen enough, and sold off nearly all his shares in March of this year.

His target was something more tangible – gold – and he bought 160,000 yuan worth of the precious metal with his diminished share returns.

He, of course, had no way of knowing that global gold prices would go into freefall the following month, costing him 40,000 in losses at the time.

If misery enjoys company, then investors like Mr. Ma with his gold bug have a lot of company.

In the first half of this year, the average per-capita loss for A-share investors was a whopping 30,000 yuan -- prompting some 3.8 million investors to completely cash in their portfolios and call it quits.

And seven out of ten investors over the period saw losses of more than 10% of their portfolio’s value.

We have 384 guests and no members online