IF YOU’VE ever been on a flight out of Beijing, Shanghai or Guangzhou, chances are your plane was fuelled by China Aviation Oil (Singapore) Corp Ltd (SGX: CAO).

Given fuel price volatility, CAO management told investors that diversification is the way forward for the Singapore listco.

One would think that being a key supplier to three of China’s busiest airports would allow for strong pricing flexibility.

But China Aviation Oil (Singapore) is still limited in its selling price flexibility by the relatively volatile fuel import costs.

CAO: The largest purchaser of jet fuel in the Asia Pacific region and the key supplier of imported jet fuel to the PRC’s civil aviation industry, and accounts for more than 90% of PRC's jet fuel imports.  Photo: CAO (Singapore)

CAO is the largest purchaser of jet fuel in the Asia Pacific region and the key supplier of imported jet fuel to the PRC’s civil aviation industry, and accounts for more than 90% of PRC's jet fuel imports.

But sharp price fluctuations for imported fuel have taken their toll of late. 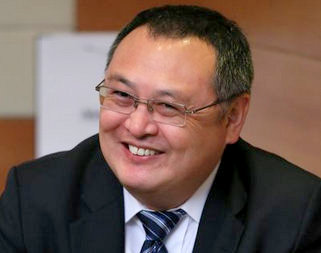 Due in part to aviation fuel price volatility, CAO’s 2011-2014 supply deal signed with BP was suspended for calendar year 2012, and just recently the suspension was extended from the beginning of 2013 with terms to be restated beginning this February.

BP Investments Asia Ltd -- a subsidiary of BP -- is a strategic investor in CAO with a 20% equity stake.

CAO management believes the key to avoiding overexposure to price volatility is diversification, which would allow CAO to hedge its bets within a wider range of operations..

Speaking at the event in Shenzhen featuring China, Hong Kong and Singapore-listed firms, Mr. Wang said that although the PRC’s civil aviation industry is expected to grow at CAGR of 12% from 2011 to 2015, the impact of higher competition and increased PRC refining capacity puts pressure on significant growth in CAO’s core business.

He said that to diversify its sources and business scope, CAO last year acquired from parent China National Aviation Fuel Group Corp (CNAF) its jet fuel supply and trading units in Hong Kong and in the US for 28 million usd.

The largest single shareholder of CAO is CNAF, which holds about 51% of the total issued shares of CAO.

The CFO said executives were on board with the diversification model going forward.

Mr. Meng Fanqiu, Chief Executive Officer of CAO, announced late last year that the expansion into new areas would not push into unchartered territory without due diligence.

“Going forward, we will continue to focus on diversifying the group’s long term profitability by expanding into new markets for jet fuel supply and trading, as well as developing our gasoil, fuel oil and petrochemicals supply and trading businesses. 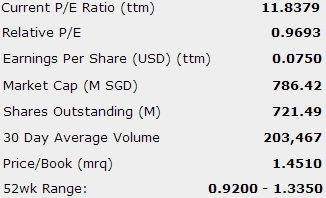 “At the same time, we are proactively looking to invest in synergetic assets to strengthen the group’s growth foundation. As the group pursues growth opportunities, we will continue to control risks and exercise financial prudence.”

Incorporated in Singapore in May 1993, CAO was listed on the mainboard of the Singapore Exchange on in December 2001.

Lower gains from trading activities were also due to high volatility in oil markets.

0 #1 Sharde 2013-02-10 06:27
Fuel prices haven't exactly been through the roof in 2012 so seems like CAO needs better foresight on hedging, spot/contract balance in its purchasing dept. Will be watching H2 with strong PRC presence and record foreign/dom travel expected for Spring Festival.
Quote
Refresh comments list
NextInsight.net

We have 1604 guests and no members online