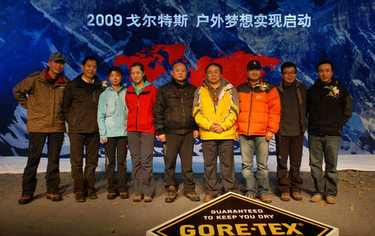 Beijing TOREAD, which listed on the Shenzhen-based ChiNext Board in 2009, markets own-branded outdoor wear using Gore-Tex technology and a wide range of items for thrillseekers.
Photo: Beijing TOREAD

“China’s cities continue to grow with active government support for the ongoing urbanization drive, so our target market is growing alongside this trend.

“We are mainly targeting the urban markets, with consumers between 30-40 years of age making up nearly half of our sales. Functionality and fashion are both very important with the edge going to functionality given the physical demands placed on outdoor recreational and adventure gear,” he added.

Speaking at last week’s investment conference in Shenzhen featuring China, Hong Kong and Singapore-listed firms, Mr. Tao said it made sense for TOREAD to target urbanites, despite most outdoor adventures being located well outside city centers.

This was especially true in contemporary China, with 2011 marking the first time in the country’s 5,000-year history that city dwellers outnumbered villagers.

And with the steadily expanding boundaries of city limits and their suburbs, urbanites are more likely to miss and appreciate an adventure in the foothills, or a camping expedition at the lake.

“Urban areas also have higher per capita GDPs and larger disposable incomes as well as more leisure time and appreciation for physical fitness/outdoor activities,” he said. 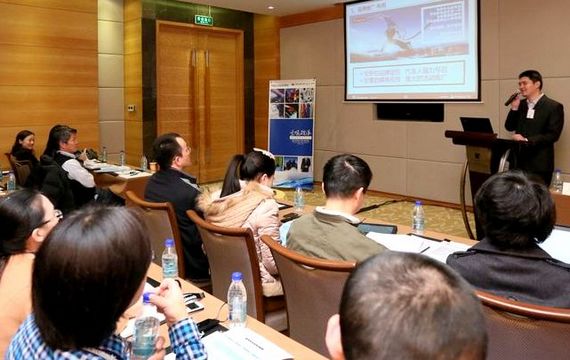 In late 2009, TOREAD became one of the first firms to list on the newly-established SME board in Shenzhen – the ChiNext Board – often referred to as “China’s Nasdaq.”

Perhaps it is in TOREAD’s corporate DNA to take chances and blaze new trails, hence its early appearance on the ChiNext and its ability to appeal to risk takers and adventure seekers among us with its broadening range of self-branded outdoor clothing, hiking shoes, apparel, skiwear, tents, quick-dry clothing, sleeping bags, backpacks and a host of other gear often encountered far from any sign of a traffic jam. 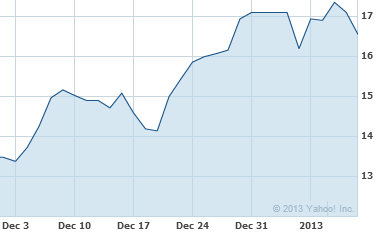 It's been a good month for TOREAD's shares

That is why TOREAD has invested a sizeable portion of its marketing budget on hanging large murals of Alpinists and mountain bikers getting their thrills in the wild – via wall-sized advertisements in the busiest subway stations in China.

Not only does this marketing venue choice attract the most eyeballs on any given day, but also appeals to the target market – young urbanites – and entices them with the promise of adventure just as they are enduring the daily grind and rat race of urban living and mass transportation.

“We have a heavy exposure in subway stations as we continue to boost our brand image and expand into new product categories. We are jealously guarding our position as the top-selling outdoor apparel and equipment brand in China for the fourth consecutive year, including among foreign brands,” Mr. Tao said.

If recent performance is any indication, TOREAD is likely to remain king of the hill – and of the mountain bike trails – for some time to come in China. 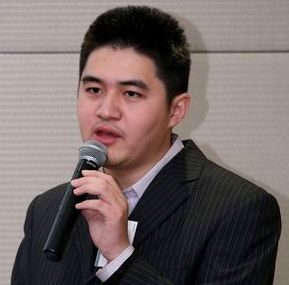 The rise in gross profit margin was largely attributable to an improvement in supply chain management and lower procurement costs.

This would represent a near tripling of the 754 million revenue recorded for 2011.

He said Spring/Summer season orders this year are already at around 725 million yuan – up 50.5% year-on-year -- with Autumn/Winter expected to do even better at nearly 1.3 billion.

Besides boosting its product array and brand image, the Beijing-based firm was busily expanding its sales channel network across the country.

Following the recent entrance of a number of players, competition in China’s outdoor clothing market sector is intensifying and the company has responded by making adjustments in strategy to become the premier brand manager and operator. 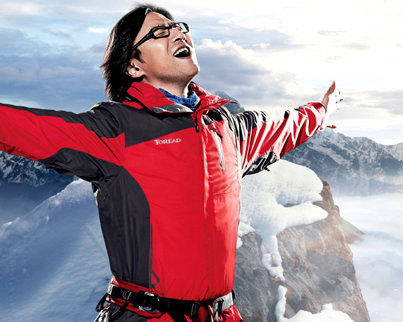 Beginning in 2012, the firm began focusing on the “TOREAD” name as its core product brand by strengthening management and guidance for franchisees.

As an established brand presence in the sector with a leading market position, TOREAD also enjoyed the fact that newcomers to the industry faced high barriers to entry.

“It’s very hard to launch a new brand as there is already heavy competition, so our 10-year history gives us a big industry advantage,” Mr. Tao said.

Along with a change in living styles and consumer demand, consumers are becoming more particular on purchases of outdoor apparel and products with themes representing nature, health and boldness in the face of challenges, he added.

According to industry statistics, China’s outdoor apparel and equipment consumption market will expand at a CAGR of 45% over the next five years.

To maintain its market leadership, TOREAD will strengthen brand differentiation and further build upon its brand by sponsoring various public events and activities and recruiting more celebrities as brand spokespersons to enhance brand recognition and loyalty.

When it listed over three years ago, its P/E also soared to lofty heights, often flirting with triple-digit levels.

But since then, it has settled down to a more palatable historical level of 40.4 times.

“We expect our P/E to climb again and believe it truly reflects our intrinsic value and financial health,” Mr. Tao said.

We have 1282 guests and no members online