“Sector fundamentals are the best since 2010,” Deutsche said. 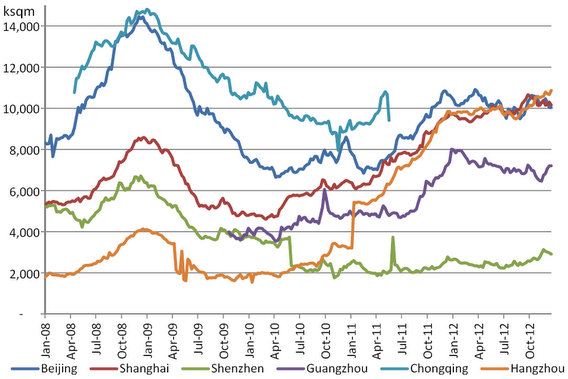 Chongqing has the most vacant property space among China's big cities, Deutsche discovered

In 2H09-10, new supply in the commodity residential market fell due to tight financing for Chinese developers.

The German research house said that with a likely fall in new supply, it expects pricing power to return for developers and property prices to rise by 5-10% in 2013.

“In this scenario, we believe overlooked quality mid- and small-cap developers should see stronger valuation re-ratings ahead. We see a more favorable supply picture in 2013.”

Key risks include widespread financial distress and a sharp deterioration in the economy.

“For the 23 key cities we monitor, the average number of months required to clear the available-for-sale supply has continued to decrease from a peak of 21.5 months in February 2012 to 10.4 months in November 2012, and is reaching the eight-month level from 2009 and 2010,” Deutsche added. 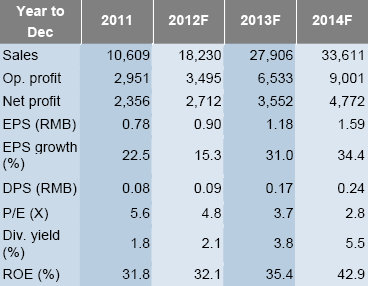 “We like Sunac for its solid earnings record, contract sales performance and counter-cyclical acquisitions.

“At the same time, its product quality, as well as respected partners, suggest better than average execution ability and a strong growth outlook,” Yuanta said.

Sunac has 139% cash to short-term debt coverage, and a 0.9x contract sales over interest-bearing debt ratio, which is above the sector average of 110% and 0.62x respectively.

“In addition we believe that Sunac has no near-term repayment burden due to prudent cash flow management. We expect Sunac’s net gearing ratio to return to under 100% by the end of 2012,” Yuanta said.

Sunac has an “ambitious” 40 billion yuan contract sales target for 2013.

“We expect the company to achieve its contract sales target by the end of 2013 thanks to its strong execution capabilities. We estimate revenue/net profit growth of 53.1%/31.0% for 2013,” the research house said.

ABC International said its top picks in China’s Hong Kong-listed retail space are Belle (HK: 1880) and Intime (HK: 1883), and it gives an “Overweight” recommendation for the sector. 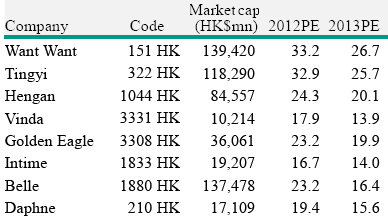 Consumer staples are well-positioned to maintain growth momentum and the research house said it prefers leading names such as Hengan (HK: 1044) and Vinda (HK: 3331).

“Discretionary names will enjoy gradual rebound with stronger recovery of SSSG next year. We like Belle and Intime.”

During the recently concluded National Congress, the central leadership targets to double disposable income for urban and rural residents by 2020 from 2010, representing a CAGR of 6.5%.

“The continued urbanization and surging disposable income will be the key drivers of retail sales growth,” ABCI added.

“As the economy bottomed in 3Q12, we turn positive on the consumer/retail sector in 2013.”

XMAS Celebration And Shopping Take Off In China

We have 549 guests and no members online