'It's getter better and better, better and better' -- that is the refrain of a popular ballad in 2nd tier PRC cities. Blasted at Zhongmin Baihui's new mall opening recently to throngs of shoppers queuing for a taste of first-tier city lifestyle, the song speaks of consumer sentiment in China.

Photos and videos by Sim Kih

CASH REGISTERS are ringing loud in China. For the first quarter of 2013, total retail sales of consumer goods in China reached Rmb 5.5 trillion on real growth of 10.8% year-on year. 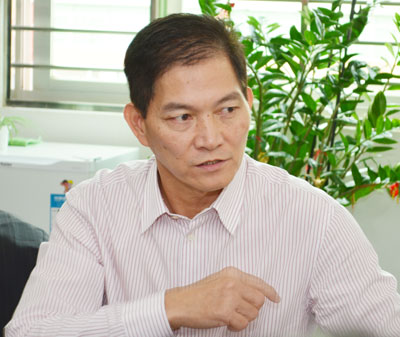 Executive chairman, Mr Lee Swee Keng, led the visiting delegation around its shopping malls in Quanzhou and Xiamen --from its smallest mall in Quangang to its flagship mall in Wucun.

Mr Lee explained how the Group keeps its malls bustling with traffic through service quality, and by constantly launching newer and better malls:

"As there is no exclusivity to the goods carried by retailers such as Zhongmin Baihui, the only way to distinguish one's shopping mall from the competitor is service quality," he said. 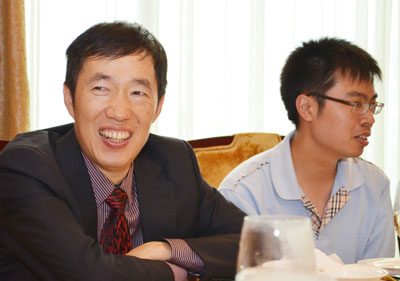 We checked out its malls under operation as well as sales showrooms with architectural models for real estate under development where the Group will be an anchor retail tenant and also visited buildings soon-to-be occupied by its shopping malls. 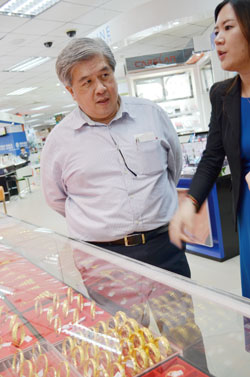 The highlight was Zhongmin Baihui’s grand opening of its 10th shopping mall in Quanzhou on Sunday, 28 April.

Known as Quanzhou Xinhua Store, the new mall gives consumers the experience of a mall of the quality found in first-tier cities.

It is strategically located next to a top Fujian tourist destination, one of the oldest Buddhist temples, Kaiyuan Temple, and close to popular historical and scenic spots such as Bell Tower, Zhongshan Road, Confucian Temple, Chengtian Temple, Guandi Temple and West Lake in Quanzhou City.

Zhongmin Baihui owns the mall and runs it on leased premises.

The mall has a gross floor area of 17,400 square meters.  It is a 3-storey building with a basement supermarket.

The opening of Quanzhou Xinhua Store brings the total gross floor area of shopping malls managed by the Group to 162,200 square meters. 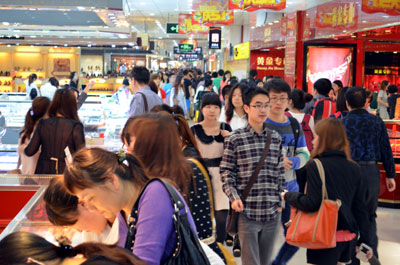 Built for high traffic: There are 12 entrances leading to the underground street mall spanning more than 410 meters in length, including 2 at the Railway Station Square, 5 in the Wucun Long-distance Bus Station which links the city to villages, and 5 in Southeast Aisa Hotel, Yinhe Building, Huaxia Hotel, Huaxing Building and Robinson Galleria.Other than the new Quanzhou Xinhua Store  we also checked out Zhongmin Baihui’s flagship Wucun Store and its Jiahe Store, both in Xiamen.

Zhongmin Baihui’s flagship shopping mall (on Xiamen Island of Xiamen City) is the Wucun Underground Commercial Street, is one of the largest of its kind in Fujian province.  The flagship mall opened on 26 April 2010.

Its underground shopping area sits below one of the busiest tourist shopping districts in the city, linked by a network of walking paths and underground pedestrian crossings to the adjacent bus rapid transit station and Xiamen Railway Station. 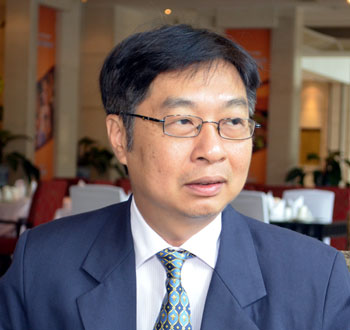 Non-executive director Andrew Lim was among the Singapore delegates.

The shopping mall has a gross floor area of 28,700 square meters, and houses a 4,100-square-meter supermarket, 158 shopping counters, cafés as well as drink & beverage stations.

Its 'managed shopping malls' are generally smaller, commenced operations during the earlier years and located in Quanzhou. We saw its Hui’an Store, Tumen Store and Quanxiu Store. 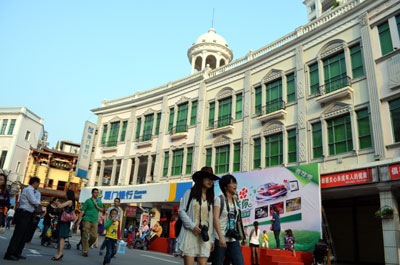 Zhongshan Pedestrian Street (Xiamen Zhongshan Lu Buxing Jie) is one of China's top 10 tourist streets. A large section of the street has been fully converted to a pedestrians-only walkway.

Zhongmin Baihui expects to start operating its Xiamen Zhongshan Store this year at a top tourist destination in Xiamen.

The shopping mall occupies a gross floor area of 16,000 sq m and is a 6-storey building with one basement.

Other than the Xiamen Zhongshan Store  the Group expects to roll out another new mall in Fujian this year - Quanzhou Qiaonan Store  as well as 3 new malls in Zhangzhou city, Hui'an county and Quangang district in 2014.

Quanzhou is an important city for light manufacturing industries and home to many listed enterprises. The Group hopes to ride on this, and the attractiveness of Quanzhou as a culturally rich city for more traffic to its malls.

We have 1024 guests and no members online