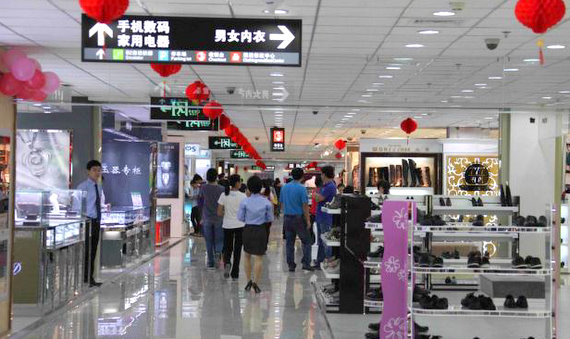 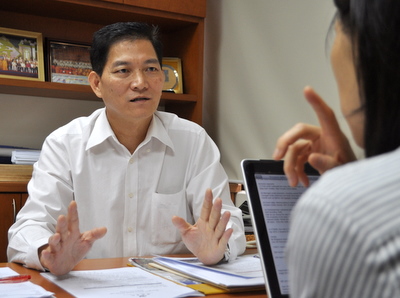 INVESTORS MAY BE fretting over a slowing Chinese economy but the executive chairman of Zhongmin Baihui, Mr Lee Swee Keng, tells NextInsight that recessions have minimal impact on the operator of malls in the southern Chinese province of Fujian.

”The department store business is lucrative in China but it is not easy to manage,” said Mr Lee, a Singaporean who has managed retail malls in China for over 20 years.

Demand for household consumables is driven by the rapid wage increase in China, he explained.

In 2010, China’s 30 provinces raised minimum wages by an average of 22.8% year-on-year, with the highest hike in Shanghai.

During the first half of 2011, per capita disposable income of Fujian city dwellers increased by 12.1% year-on-year while that of villagers rose 19.1%. 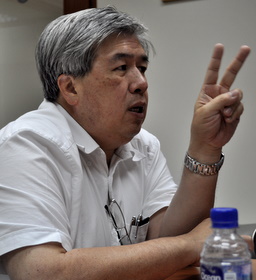 "We leased the entire building for our self-owned malls in Xiamen instead of purchasing real estate so that we can expand fast," explained director Low Chui Heng. Photo by Leong Chan Teik

Zhongmin Baihui’s flagship store is a 3-storey building with one of the largest underground retail malls in Fujian. It is located smack in the bustling center of Xiamen’s transportation hub, within walking distance of bus terminals, bus rapid transit and the high speed train terminal to various major cities in the PRC.

As a mall operator, the group has four main revenues streams – direct sales of merchandise, commission from concessionaires, rental income and managed rental. 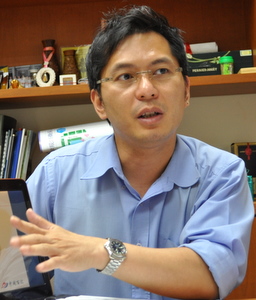 Most of the group’s direct sales come from merchandise in its supermarket, said Mr Lee.  “It’s like the NTUC Fairprice supermarket, but we also carry mobile phones,” he said.  Direct sales contributed 63.8% to 1H2011 revenue.

Its managed rental services accounted for 7.0% in 1H2011.  Other than space rental, this segment also provides management services such as cash collection, staff management and payroll service. The first store has nine managed rental customers and they are mainly PRC brands such as fashion and jewelery boutiques.

Mr Lee hopes to triple the retail area managed by the group to 3.2 million sq ft over the next 5 years.

We have 394 guests and no members online