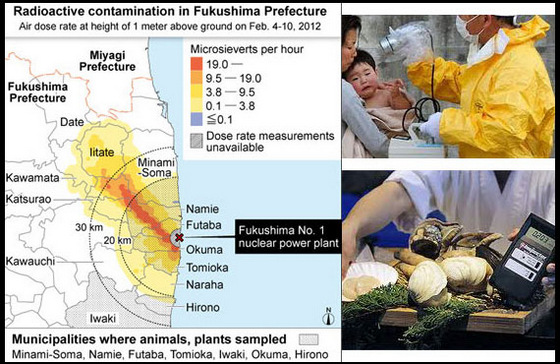 Transcu's biomass gasification technology is offering a solution to Japan in its cleanup of its radiation contamination. Map from The Asahi Shimbun. Photos from the Internet.

Transcu subsidiary, Biomass Energy Corporation (“BME”), recently signed agreements in Japan with the following companies to provide solutions for cleaning up cesium, an extremely toxic radioactive element with a half-life of 30 years: 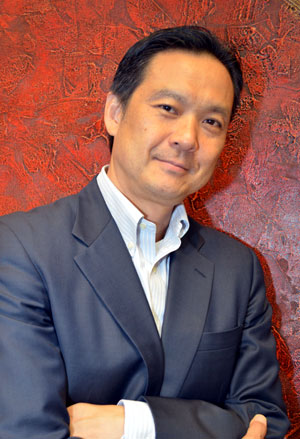 "This is a strong confirmation because Olympia has seen the pipeline potential. These are enabling steps to help us solidify orders," said Transcu CEO Lawrence Komo. NextInsight file photoTranscu CEO Lawrence Komo expressed his excitement over the company’s breakthrough in providing a viable solution to the radiation problem during a telephone interview with NextInsight last week.

Land within 20 km of the destroyed nuclear power plant, encompassing an area of about 600 sq km, and an additional 200 sq km northwest of the plant, were declared too radioactive for human habitation as radioactive cesium has penetrated the ecosystem.

Radioactive cesium has contaminated water, soil, plants, seafood and animals in Fukushima and prolonged exposure to radiation in the air, ground and food can damage human DNA, causing leukemia and other cancers.

BME has entered into an agreement with Chiyoda Technol to jointly develop biomass energy plants to remove radioactive cesium from the contaminated wood in Fukushima prefecture.

Chiyoda Technol is responsible for safe collection and transportation of contaminated wood.  BME’s gasification technology converts the contaminated wood into wood chips for burning into gas that can be used for power or electricity generation.

Tests will be completed in a few weeks, and commercialization terms will then be discussed with local government bodies that are empowered to take action on contamination issues.

Separately, BME has entered into an agreement with Olympia to manufacture the biomass energy plant for its customers.

Project trial production by Olympia is slated to commence in June.

Olympia currently manufactures equipment such as gas burners and boilers for many leading Japanese industry players, and is considered the top volume manufacturer in Japan.

"The participation of a big name like Olympia is crucial as we commercialize the technology," said Mr Komo.

At a recently traded price of 1.3 cents, Transcu's stock price is at its year-low. Bloomberg data

We have 687 guests and no members online