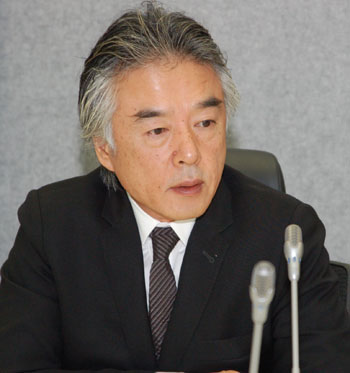 CEO Akihiko Matsumura will advance shareholder's loan of US$7 million to Transcu. Photo by Sim Kih

SHAREHOLDERS OF Transcu, whose stock has been suspended from trading, may be in for a cheery piece of news.  Currently beleaguered by cash flow problems, the company is restructuring to reduce cost, improve cash balances and bring in new revenue streams.

“We expect SGX to lift the suspension on Transcu by next Feb when we hold our EGM to approve the restructuring,” said its chief operating officer, Ms Jenaline Low, at a media conference at its Singapore Land Tower premises yesterday.

Trading of shares in Transcu has been suspended since 9 Jun 2011 due to concerns about its ability to generate sufficient cash flow for business viability.

Transcu’s cash position is expected to improve after Forest Pine takes over the costs and liabilities of its pharmaceutical division in Japan and acquires Transcu’s 76.5% equity interest in BioMass Energy Corp for US$2.0 million. 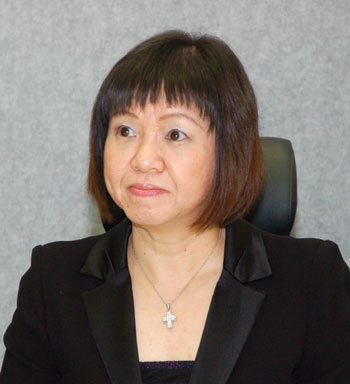 'We are working to generate sufficient working capital so that the share suspension can be lifted,' said COO Jenaline Low. Photo by Sim Kih

BioMass Energy Corp is a Japanese research company that is working to commercialize the gasification of cellulose biomass and the related conversion into bio-fuels such as liquefied ethanol.

BioMass Energy Corp has been independently valued at US$2.5 million.

Possible applications of the methanol produced from BioMass Energy Corp’s technology include fuel cells for mobile phones and notebooks.

“The economic outlook is uncertain but I believe there will be high demand for our products because we are offering technological breakthrough that translates to significant reduction in household power consumption,” said Mr Matsumura through his translator at the media conference.

“We expect to save US$4.2 million for the next six months until March 2012.  More than 80% of the savings will be from the pharmaceutical business in Japan,” said its new CFO Lance Frey, who was appointed on 1 Oct.

”It takes 5 to 10 years from inception of research in pharmaceutical drugs to obtaining FDA approval,” said Ms Low.

Transcu has two other business segments.  It has a cosmetics business, which has two generations of products - Mineralore and Ionic Passive - distributed to more than 400 locations in Japan. 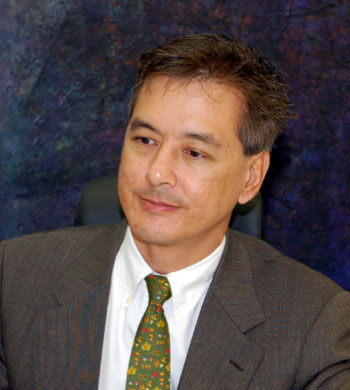 “Our cosmetics division is a profitable cash cow if not encumbered by the overheads of the rest of the group,” said Ms Low.

It is also into greentech.  Its greentech business has exclusive worldwide distributor rights to Nanomizer's nano-emulsion fuel system and AM Technologies' thermal solutions technology.

Upon completion of the restructuring exercise, Transcu would have transferred distributorship rights for these two product categories to Forest Pine.

Transcu will also acquire 20% in Forest Pine in a share swap which will involve the issue of 1.25 billion Transcu shares at 5 cents apiece.

”We shall collaborate with Forest Pine in the commercialization of its technology with a view to generating more revenue streams after we address our cash flow challenges,” said Ms Low.

Six definitive agreements for the above restructuring exercise were signed on 25 Nov 2011.

We have 548 guests and no members online