XMAS celebration and shopping take off in China

L-R: A banker, a golf caddie and a waitress are among those offering glimpses into China's still largely untapped domestic market in a NextInsight survey of shoppers

FEW CHINESE IN China celebrate Christmas for religious reasons, but the holiday has increasingly become another excuse to exchange gifts in the country.

So will the holiday and Chinese New Year give a shot in the arm to China’s struggling retail sector?

With all the listed firms at play in both Hong Kong and the PRC, it’s a critical question for investors. 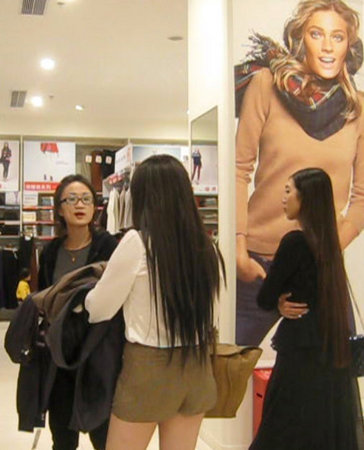 Almost all respondents to the shopping survey put clothing and apparel at or near the top of their gift wishlists.
Photo: Andrew Vanburen

Although China remains a one-party state governed by a zero-religion party – at least officially – the cultural and commercial significance of the Yuletide season has taken on increasing importance over the years.

An accurate and easy-to-tally barometer of Christmas-related shopping has been the growing phenomenon of armchair shopping with the click of a mouse.

Its B2C platform Taobao Mall changed its Chinese name to Tian Mao (Tmall) in January 2012 and has grown to become the PRC’s top online shopping destination.

Recent growth has been spectacular, with a definitive bounce come colder weather and the arrival of Christmas.

Its C2C platform Taobao Marketplace has been a vibrant bazaar for online consumers to barter away their possessions and bargain online for a whole range of used and near-new wares, with a surge in activity evident each December. 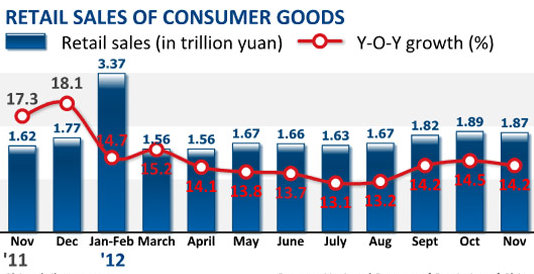 NextInsight talked with several consumers in Shenzhen from a wide demographic to help pinpoint existing or changing trends among shoppers in China’s most crowded city during the Christmas and Chinese New Year holidays.

The following questions were asked, all to shoppers in Shenzhen, with respondents replying in varying degrees of comprehensiveness:

Christmas has just arrived, and on February 10 in the coming year, the Year of the Snake will replace the Year of the Dragon. How do you usually spend these two holidays and which is usually a bigger shopping event for you? Is the shopping mainly for family, friends or yourself? What are you planning to buy during this year’s Christmas and Chinese New Year? And most importantly, roughly how much do you plan to dish out for gifts this year? 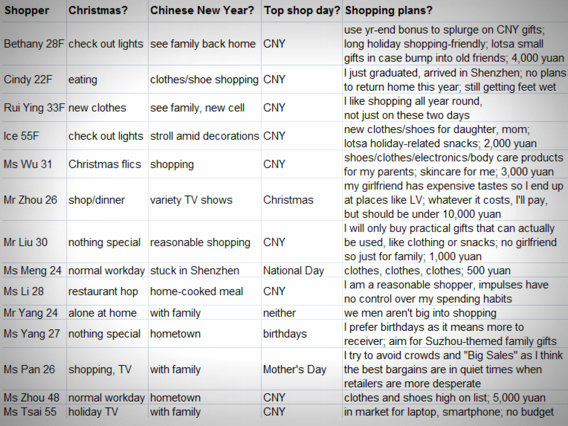 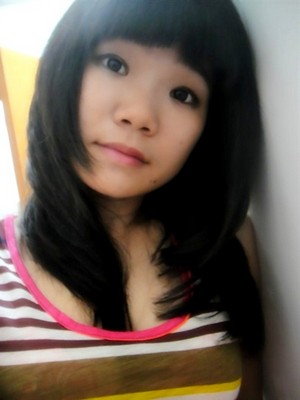 ABIGAIL YANG (25, client relations officer at foreign bank): I don’t usually make a big to do about Christmas, nor do most Chinese I know.

For most Chinese, the biggest gift-giving holiday is Lunar New Year. Even since I’ve been financially independent, I have always bought my parents, my brother and sister a gift each for Chinese New Year, and usually receive one in return.

So I definitely shell out a lot more for Lunar New Year than I ever do at Christmastime. The types of gifts and budgets vary widely on the age of the recipient, at least when I am gift shopping. For example, my Mother is suffering from some orthopedic issues and has trouble getting around, so I will certainly try and find something nourishing and good for bone health for her.

As for myself, I am in the market for a new smartphone – maybe an Apple or Samsung product – provided someone doesn’t surprise me with this gift first.

In my business, banking, it’s important to have the best technology, because not only to clients expect to be able to reach you 24/7, but you also have to have a phone that can do things like surf the Web, send email attachments and be a personal GPS, all at the same time.

In my experience, Christmas for me and my friends is mainly an excuse to go out and have a nice dinner, and then hit a bar or two or a KTV to sing the night away. Even though it’s super expensive on Christmas Eve and Christmas Day itself, we still like to treat ourselves on this occasion, and it is almost always a restaurant event as our parents wouldn’t go out of their way to make a big home-cooked Christmas dinner. 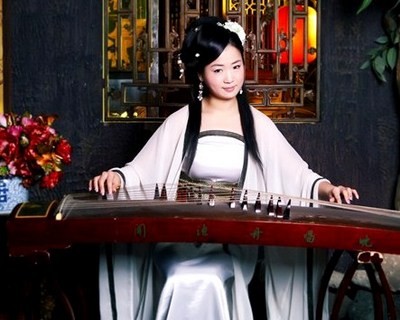 "I tend to splurge on myself whenever I need something, and don’t limit myself to any particular holiday." Xiao Ai, 23, golf club membership sales

There’s not much in the way of a Christmas dinner or observance in my family. I definitely do a lot more shopping come Chinese New Year because it not only has more cultural significance, but it is also a weeklong holiday.

I tend to splurge on myself whenever I need something, and don’t limit myself to any particular holiday, and actually am probably better off shopping for myself in the “low seasons” when clearance sales or bargains are more of a possibility.

But during the Lunar New Year, I always try to get something for my friends and family, including both elders and kids. It’s not usual for me to go into the holiday season with a budget in mind. I just buy what I think people will respond positively too, without going overboard or breaking the bank. For this coming holiday in February, I will probably spend most of my money buying clothing as gifts as the New Year is seen as a fresh start of sorts. 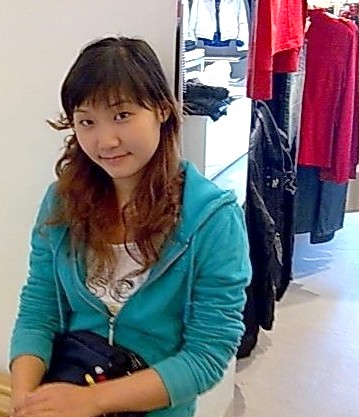 "I think most people will send gifts to their boyfriends and girlfriends during Christmas because the older generation doesn’t recognize it much and Christmas is more 'romantic' than Lunar New Year." Qiqi, 23, waitress

QIQI (23, waitress): I look at Chinese New Year as a chance to make even more money, as we get a nice bonus if we are willing to do restaurant shifts through the holidays.

And my parents and other relatives back in Chongqing do rely to a certain extent on money I send home each month. I’m still young so I don’t mind putting in the time, and also want to use this time of my life – perhaps when I am at my most energetic and ambitious – to do as well as I can for my family members and myself.

It seems like we have a lot of holidays in China, compared to other countries. It was just a couple of years ago that we actually had three Golden Week holidays, but now it’s just two: Lunar New Year and National Day.

Clearly, during these two holidays as well as Christmas – which gets no public holidays in China – gift buying and exchanging plays a very prominent role in the celebrations. I think most people will send gifts to their boyfriends and girlfriends during Christmas, because the older generation doesn’t recognize it much and Christmas is more “romantic” than Lunar New Year.

That’s why a lot of my friends exchange jewelry, fashionable clothing and handbags during Christmas whereas Chinese New Year is more family-oriented, with a heavy emphasis on more functional clothing and cash as gifts as well as lots and lots of eating of course. 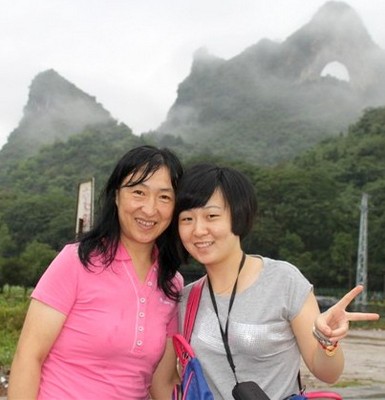 "Christmas is for the young people in China." Song Feng, 53, housewife (left), pictured with daughter

SONG FENG (53, housewife): Christmas is for the young people in China, in my opinion. It seems the 15-35 year-old crowd makes up nearly all of the shoppers, revelers, diners and KTV singers on December 24-25.

But Spring Festival definitely has more shoppers, and a much more diverse body of gift givers and receivers.

I always try to get a gift for my elders – parents, aunts and uncles – on Chinese New Year, mainly clothing and edibles. And for my own daughter and other younger family members, I much prefer to just give them a red envelope with some spending money inside.

That way they can buy what they want and don’t have to pretend to like what I chose for them. We elder folk tend to spend within our means, no matter how important the recipient is too us.

But I’ve noticed more and more that the younger generation is willing to go beyond their budget and cause some personal financial hardship in order to impress that special person. I think I am pretty generous with others, but not so much with myself. Therefore, I seldom splurge on “gifts” for myself, especially new items. Why buy a new gadget when the exact same one is available in second-hand form for a fraction of the price and just as good? I seldom spend over 1,000 yuan on any one gift, no matter who or when. 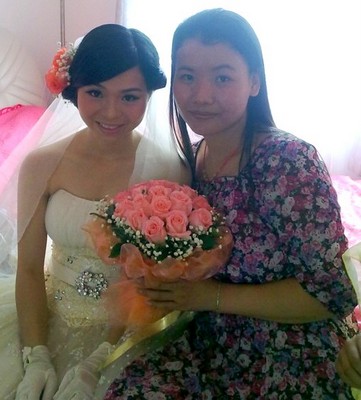 XIAO FENG (28, factory worker): To be totally honest, I really don’t look at either Christmas or Chinese New Year any differently as I do any other day of the year, at least in terms of my shopping habits. That’s because I am not exactly loaded in a financial sense.

With things as they currently stand, I am probably not going to provide the answers that will make retailers' eyes light up because for the past few years I have been far too busy trying to save money rather than spend it. Therefore, I seldom go out of my way to buy anything special for myself, and I also tend not to buy presents for friends and family members, except for on their birthday.

The reason for this is because birthdays are unique to that person... it is their special day. Also, in the past when I would exchange gifts with friends or relatives on Chinese New Year, I always felt pressure because someone always ended up looking a little bit frugal when the two gifts were compared. I prefer not to have that awkward pressure place upon me so I stopped exchanging gifts for the most part. I think you’d do better off asking more white-collar oriented people for your survey.

ROSE (25, retail): The young are much more likely to exchange gifts during Christmas, but my parents' generation seldom had this habit. Clothing and accessories seem to be the most popular among gift choices in China during Christmas.

However, Chinese New Year is the premier event for giving and receiving presents with friends and family all getting in on the action.

It’s especially popular with the working classes because for a lot of manual laborers, the Spring Festival is the only chance they have all year to get home and meet up with family and friends from their native villages.

However, white collar workers are more likely to work near their hometowns, or at least have the financial means to travel home more often. Shenzhen also has a lot of nouveau riche, and I’ve seen young women splash out 10,000 yuan for gifts without blinking. I am unfortunately a far cry from this status.

EMILY ZHOU (22, security camera manufacturer saleswoman): Christmas isn’t a huge thing in our family by any means. And as a Party member, I do better to celebrate Chinese New Year. Therefore I usually spend Christmastime working, and just hanging out with friends after work if they are free. Therefore, during Christmas I like to watch all the other people shop but I spend most of my annual gift budget during Spring Festival.

More importantly, I receive a lot more gifts during the Lunar New Year than I do during Christmas. I like to surprise my extended family members with gifts, as I usually only get to see them once a year as they are all back in Jiangxi Province. Toys are always a big hit with my nieces and nephews, and clothes are snacks make good backups. I myself will be looking to pick up holiday or post-holiday clearance bargains on electronics, clothing, giftware and snacks with a long shelf life, but it should all be less than 2,000 yuan.

We have 730 guests and no members online