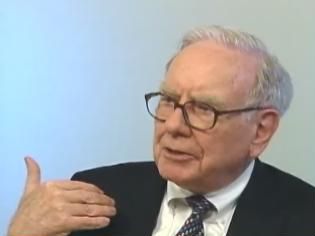 CONDITIONS IN Hong Kong are prime and there may be a stock or two that are right up Warren Buffett’s alley.

There are the growing cache of high risk/high yield shares, including high-return dividend stocks, that are becoming an increasingly tantalizing option on the Hong Kong Stock Exchange.

For the uninitiated, think of yourself as enjoying a night at a Macau casino.

There are garden variety tables for the “retail gamblers” who are just there for some “fun.”

And then there are the high-roller tables and private rooms, where minimum bets are followed by a frightening number of zeros, everyone is a seasoned pro, and winners usually end up buying champagne for the House.

The biggest risk for participants – and there are many – is that the high-roller will be left sitting alone at the table twiddling his thumbs over his pile of chips.

That’s because said investor can only make money if others come to play.

But given that Warren Buffett and his Berkshire Hathaway firm are so well known, it is also in the public domain that these are just the sort of opportunities that draw the Nebraskan to the table – or bourse in this case.

Other than the stable returns offered by corporate bonds, guaranteed dividend yields, and an aversion to tech plays of late, Buffett’s contemporary MO has also been to take a close look at some of the high-roller options in the market and patiently wait for others to put their chips on the felt.

And more than a handful of funds are keeping a close watch to see when the man nicknamed 股神 (“Stock God”) in Greater China might make a grand appearance. 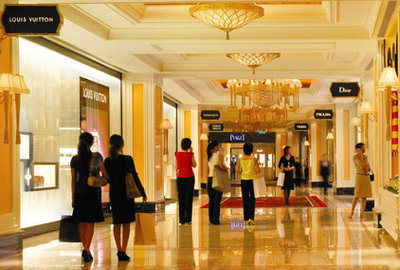 During the height of the financial tsunami four years ago, Buffett’s investment firm offered some five billion usd which were used for preferred shares with generous dividends whereupon the returns were recycled back into the market to buy a substantial number of ordinary shares.

Following these moves, Buffett used another five billion in Berkshire Hathaway funds to buy preferred shares in New York-listed Bank of America in August of last year -- the dividends of which were then used to purchase some 700 million common shares in the US lender.

In addition, the Stock God revealed in November of 2011 that eight months previous his firm had quietly bought some 64 million shares in IBM for up to 10.7 billion usd, good for a 5.5% stake in the Armonk, NY-based computer giant.

That earlier decision puts Buffett’s firm at the No.2 spot in IBM’s shareholding structure – a position which is as high-roller as it gets, with all the perks.

Buffett’s value investing mantra was revealed when he told US financial press after the IBM move that although he ordinarily avoids technology plays due to a self-admitted lack of understanding of the growth potential of high tech issues, he decided to go with “Big Blue” because he said he felt comfortable and familiar with the IT firm’s growth plan.

Buffett is all about getting in on the ground floor, sitting tight, and waiting for mega-picks to start bearing fruit.

His decision to buy 10% of Hong Kong- and Shenzhen-listed hybrid vehicle maker BYD Auto a few years ago is case in point.

Unfortunately, the carmaker has been stuck in neutral, and sometimes reverse, these past three years.

But if experience is any guide, Buffett knows a bit more than we think and BYD will eventually find its second wind.

A whole separate category of investing could easily revolve around trying to find out what Buffett is looking at, and then jumping in – or out – at just the right moment. 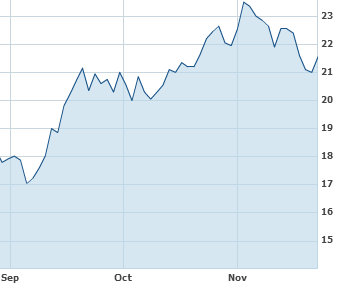 The above has grown to become perhaps the most oft-cited mantra ever uttered by Buffett.

It explains a lot of his major bold moves during the Wall Street meltdown and the global financial tsunami that ensued.

His focus on blue chips like Big Blue itself, Bank of America, and China’s struggling BYD are cases in point, and often see copycat investors jumping in en masse after Buffett makes his first move.

Credit Lyonnais recently published a report saying a handful of stocks are looking like prime targets for Buffett’s firm, including a big gamble in more ways than one – gaming giant Wynn Macau (HK: 1128).

Opened over six years ago, it is the first Las Vegas-style integrated resort in Asia, with mega-successful entrepreneur Steve Wynn serving as chairman and CEO.

The gambling mecca has been shining brightly of late in an otherwise sluggish economy.

Thanks to Wynn Macau’s healthy cash situation, straightforward business model, high transparency and highly manageable debt, could this be the next target for Berkshire Hathaway?

0 #2 Andrew Vanburen 2012-12-02 22:28
Dear Duke, No apology necessary. We at NextInsight always encourage a heartfelt, vibrant and polite debate on investing ideas. Thank you for your input. Sincerely, Andrew
Quote
0 #1 Duke 2012-11-26 06:31
IMHO, Wynn Macau (HK: 1128) as some (yes!, some are also critical) of the financial ratios in the matrix, do not fit into WB criteria. Sorry on this comment for those whom have vested interest.
Quote
Refresh comments list
NextInsight.net

We have 1281 guests and one member online