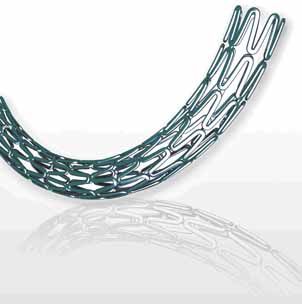 IN LATE 2009, the ChiNext SME board was launched in the southern boomtown of Shenzhen, but many of its constituent stocks have been all bust.

The board is often dubbed “China’s Nasdaq,” and here are more than a few listcos that have made very destructive waves on the new board so far.

It hasn’t exactly been a smooth, carefree ride for investors these past 36 months on the startup board.

More than a fair share of newcomer firms to the ChiNext were ushered in with great fanfare and excitement, with many new investor interest helping push P/E ratios into triple digit territory, only to shortly thereafter just as suddenly guide for losses or significant earnings deterioration.

Other ChiNext firms had chronic troubles with accounting irregularities and transparency issues leading to a series of shareholder losses which further impacted confidence in the new capital-raising platform.

Here are a few newcomers who have been utter disasters for shareholders:

Jiangsu Nata Opto-electronic Material Co (SZA: 300346) has been one of the biggest investor traps on the ChiNext, luring shareholders in with strong earnings before seemingly doing a complete turnaround with its bottom line shortly thereafter.

After the eastern China-based tech firm issued an earnings revision recently, saying its January-September net profit actually fell 54% instead of the earlier-reported 40% fall, its shares were suspended from trade on October 12 when they plummeted by their daily downside limit.

The company had only launched its IPO this summer, on August 7.

Therefore, it is not hard to fathom why investors bought into the firm’s growth story hook, line and sinker this summer during its IPO, helping the firm have the highest IPO offer price in the board’s year-to-date history at 66 yuan per share.

Jilin Chemical Industrial Co (SZA: 300317) has also been a source of great heartache for shareholders unlucky enough to buy into the northeastern China-based manufacturer of petrochemicals and organic compounds.

Its first half sales slumped over 96% year-on-year causing a nearly 100% fall in the bottom line.

However, its 2011 full-year profit rose at a healthy 3% pace to 57 million yuan, thereby throwing its IPO investors off the scent of a struggling company.

Although jilted investors in these handful of firms may well ask what use crying over spilled milk is at this point as their capital has all but disappeared, perhaps these examples of money pit listcos can serve as a warning about the hazards of investing in any new market before the rules of conduct have been fully written and implemented.

We have 1324 guests and one member online