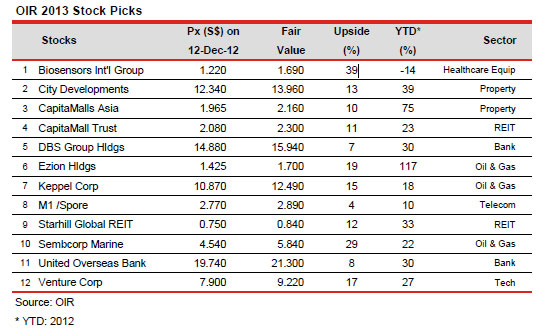 Below are excerpts of what OIR says of their top picks with the best upside. 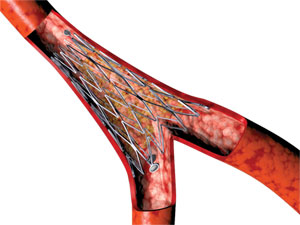 Biosensor's Axxess stent in a blood vessel. Illustration from company

OIR's top healthcare pick is Biosensors International Group. It has projected a revenue growth of 17.6% and core EPS CAGR growth of 10.9% for Biosensors for 2012 to 2014.

“Growth would be underpinned by deeper market penetration, supported by robust clinical evidence which highlights the safety and efficacy of its drug-eluting stent (DES) products. Biosensors has continued to deliver healthy sales growth in Europe, Middle East, Africa, as well as the Asia Pacific region, especially in Europe and China, which is in contrast to some of its peers.”

OIR is positive on the following strengths that Biosensors has:

> Superior stent technology has enabled the group to maintain its robust growth by capturing market share away from its competitors.

> Strong volume growth has also led to economies of scale and this has been reflected in expansion of gross margins (1HFY2013: 84.3%; +3.4 percentage-points year-on-year)

> Healthy free cashflows of US$52.3m for 1HFY2013, thus allowing it to end the Sep quarter with a net cash position of US$331.7m. Its healthy balance sheet would enhance its ability to withstand the vagaries of the global economy, finance its R&D and clinical trials, which are critical for future growth, and provide it with ample ammunition for share buybacks and M&A activities.

At a recent stock price of S$1.22, Biosensors trades at a PE of only 9.9X is one strips out its net cash balance. Maintain BUY with an unchanged DCF-derived fair value estimate of S$1.69.

This translates into upside of 38.5%. 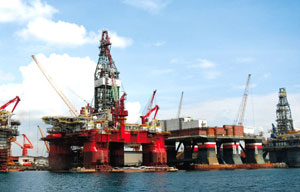 2012 has been a record year in terms of new orders for Sembcorp Marine. The group secured orders worth a total of S$10.1billion year-to-date, exceeding OIR’s new order win target of S$9.5 billion.

The bulk of this, comprises drillship units from Sete Brasil, with deliveries from 2Q2015 to 4Q2019.

Semi-sub orders staged a recovery as anticipated, and we expect this momentum to continue next year. Meanwhile, jack-up orders also expectedly slipped after the newbuild rush in 2010 and 2011.

Focus on margins and order intake

Moving into 2013, OIR expects the market to focus on operating margins and order intake.

”Sembcorp Marine management has conservatively guided operating margins to be around 10% to 13% due to initial recognition of new products such as drillships, but we see potential upside surprise with the recognition of higher priced jack-ups secured in 2H11 to 1H12, some of which are repeat orders.”

There is also talk that the first drillship may be fully built in Singapore instead of the earlier expected 55-65% local content requirement. As for order intake, OIR expects more ultra-deepwater rig orders due to the relatively tight market as seen from rising day rates and utilization levels.

Keeping an eye on competition

Work-starved yards in Korea and China may be keen to accelerate their diversification into the offshore space, therefore intensifying competition in the newbuild rig market. Still, we expect that clients who are more established players would prefer to stick to SMM and Keppel Corp for quality high spec rigs.

Maintain BUY with S$5.84 fair value estimate. This translates into upside of 28.6%. 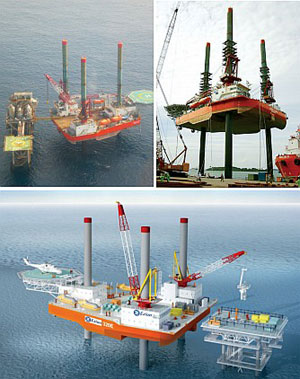 2012 was a fruitful year for Ezion, with the following achievements:

Unlike some of its SGX-listed peers, the group also did not serve up earnings disappointments in the past year.

Looking ahead to 2013, OIR expects more news flow as additional assets are deployed, solidifying its earnings base.

Maintain BUY with S$1.70 fair value estimate. This translates into upside of 18.9%.

We have 1224 guests and one member online