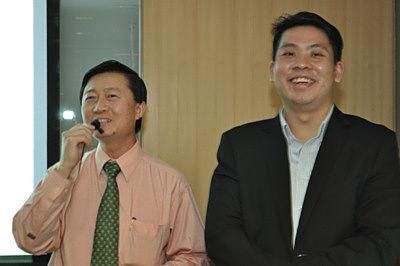 We initiate coverage on Food Empire with a BUY and TP of S$0.72, derived from 17x FY12F earnings, in-line with the industry average.

We also highlight that the Group intends to expand its reach into Asia via the acquisition of an existing
player giving it an instant platform into the market. As at 30 Sep 2012, the Group is sitting on net
cash of US$29.8m. 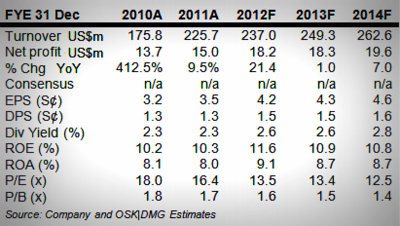 While we have not included the potential of this inorganic growth into our estimates, we expect any news on this front to provide some positive boost to the stock price.

Margins are expected to expand as the Group engages in backward integration. It is in the midst of building a non-dairy creamer plant in Malaysia and an ingredients plant in India. Capex for this is estimated to be US$20-30m over a two to three year period.

Click on the 38-second video below for the where and who of NextInsight's recent visit to Food Empire's HQ in Harrison Road in the MacPherson area.

Watch this amazing video of Nam Cheong's diesel-electric vessel being launched into the sea off Miri, Sarawak. 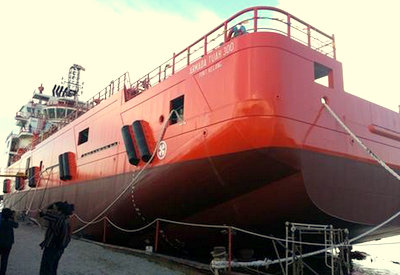 Nam Cheong has delivered the RM106 million Armada Tuah 300, which will Sarawak Shell Bhd and Sabah Shell Petroleum Co in the deepwater Gumusut field, off the coast of Sabah.
Photo: Lee Yue Jer

Fuel-saving MPSV. The NC800 MPSV, designed by Finnish ship designer Wärtsilä, is the largest vessel built by Nam Cheong in Malaysia and is the first vessel to run on diesel electric propulsion. We understand that this design offers fuel-cost savings of about 20%.

We have 2518 guests and no members online